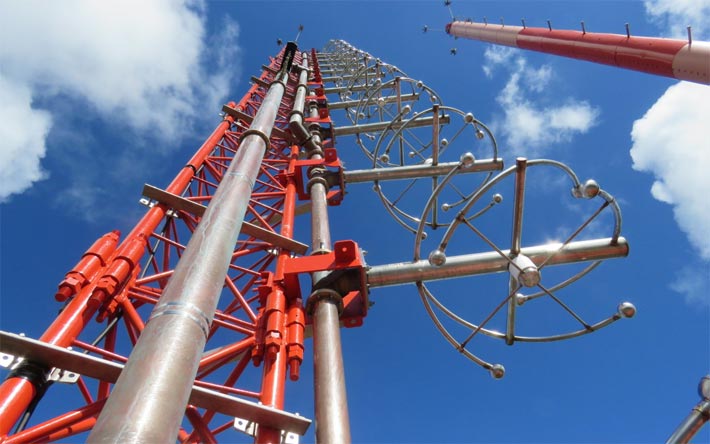 Tall Tower Capital wanted to acquire 472 towers from Clear Channel to complement their portfolio such as this Miami, Fla. tower. However, they lost the bid to Vertical Bridge, and later claimed in a lawsuit that Stonepeak Infrastructure Partners was talking to Vertical Bridge at the same time the company was working with them.

A three-judge panel for the Florida Second District Court of Appeals unanimously ruled that Tall Tower failed to properly establish personal jurisdiction in its suit accusing Stonepeak of breaching a confidentiality agreement related to a deal that was later won by Vertical Bridge in 2014 when it acquired 411 towers for $400 million.

Employees of both companies regularly met in New York and also visited multiple times in Florida and also inspected a Clear Channel asset, according to court documents. They negotiated with Clear Channel for almost a year.

As a managing director of Stonepeak, Trent Vichie served on Vertical Bridge’s board of directors.

After it was announced in December 2014 that Vertical Bridge had picked up Clear Channel’s towers, Tall Tower filed its complaint, alleging that Stonepeak breached its fiduciary duty and that their actions constituted a joint venture.

Stonepeak filed a motion to dismiss the suit for lack of personal jurisdiction and a trial court determined that the a limited evidentiary hearing was required.

Although evidence identified that Stonepeak drafted an LLC agreement and a master services agreement, neither party executed them.

With respect to the disclosure of confidential information to Vertical Bridge in violation of the confidentiality agreement, the testimony from Tall Tower witnesses, according to court documents, “provided some circumstantial evidence that Vichie disclosed information about the Clear Channel deal to Marc Ganzi of Vertical Bridge. But there was no evidence regarding where this disclosure occurred.”

The court also found that because Stonepeak made a minority equity interest in Vertical Bridge, a Florida company, it does not equate with Stonepeak doing business in Florida.

According to court testimony, Stonepeak had no office in Florida and no license to do business in the Sunshine State. Tall Tower also failed to show that Stonepeak has any clients in Florida or that any percentage of its revenue is from Florida clients.

The appellate court said that the trial court erred in determining that the evidence established that Stonepeak engaged in a business venture in Florida.

Stonepeak was founded in 2011 by former Blackstone Group LP executives. The firm oversaw $7.3 billion as of Dec. 31, according to its website.

In 2005, Blackstone acquired a majority interest in Global Tower Partners (GTP) from Great Hill Partners. At the time, Ganzi was GTP’s CEO. The company was sold in 2013 for $4.8 billion to American Tower Corporation.

He and other GTP executives then founded Vertical Bridge.