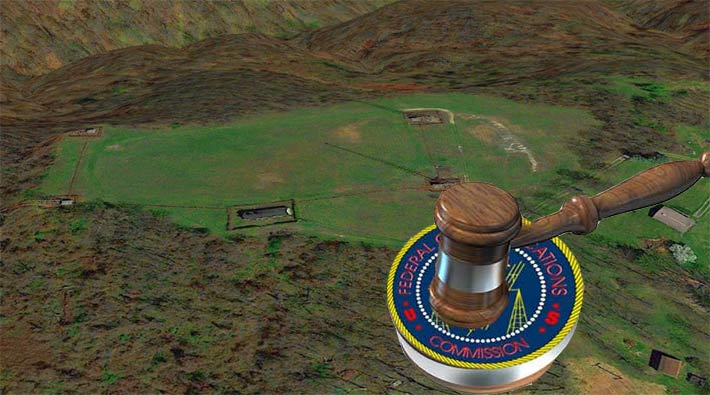 Two of the AM station’s four-tower array were in violation. The gospel radio station stopped broadcasting shortly after FCC investigators visited the Lincoln Borough, Pa. site.

The FCC has notified Pentecostal Temple Development Corporation, owner of AM gospel radio station WGBN, on Dec. 29, 2016 that it is liable for a forfeiture in the amount of $25,000 for willful and repeated violations of not cleaning or repainting their antenna structures, failing to maintain antenna structure lighting and failure to file a Notice to Airmen (NOTAM).

Pentecostal had previously been warned that it must repair the required lights and repaint the towers located in Lincoln Borough, Pa. to bring them into compliance with the Commission’s rules. Despite Pentecostal’s assurances that it would complete the lighting and marking repairs to the Antenna Structures by the end of May 2016, Commission agents found during an inspection that the Antenna Structures had not been brought into compliance at the end of August 2016.

On Oct. 14, 2015, in response to an anonymous complaint, agents for the enforcement bureau’s Philadelphia offices inspected the towers and found the violations. WGBN owns five towers, four of which are located at the Lincoln site. However, only two of the structures were in violation.

On March 4 and March 7, 2016, Pentecostal stated that it was raising funds to pay for repainting the structures.

On Dec. 8, 2015 WGBN and its sister station, WMNY, suddenly went silent without explanation. Two weeks later, ownership said in a published report that electrical and financial issues were the cause of the station’s sudden cease of operations, and that it was expected to return to the air soon.

The station did not return, according to Wikipedia, and filed for a Special Temporary Authority application on Jan. 12, 2016 to keep the station silent for 180 days. The FCC granted the application on Feb. 1, 2016.

On March 31, 2016, WMNY returned to the air, while WGBN remains silent. In a broadcast the following day, Rev. Dr. Loran E. Mann stated that efforts to sell WMNY will continue, and in the future, WGBN will be the sole outlet for urban gospel in Pittsburgh.