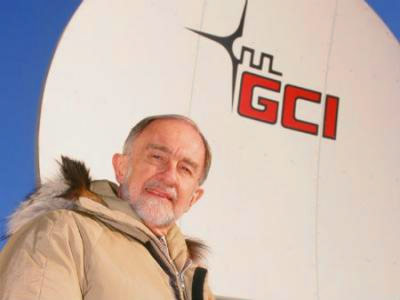 General Communication Inc. (GCI) has announced the passing of Bob Walp, one of the company’s co-founders and its first president. He was 89 years old. A steadfast advocate of competition in the Alaska telecommunications industry, Walp, along with Ron Duncan, founded GCI in 1979. Initially they operated the company from Bob’s small apartment in Anchorage. After battling regulatory and business obstacles, GCI completed its first long-distance call on Thanksgiving Day in 1982.

“We are deeply saddened by this news, and our hearts go out to Bob’s children and the entire Walp family,” said Ron Duncan, GCI president and CEO. “Bob was a true pioneer in the Alaska communications industry and made a major contribution to GCI’s success. Much of what we do at GCI today can be traced back to Bob’s vision and entrepreneurial spirit.”

Walp believed strongly that rural Alaska needed better communication systems. He helped guide the development of commercial satellite communications in Alaska as the appointed director of the State of Alaska’s Office of Telecommunications. When funding for the office was eliminated in 1978, Walp turned his focus to creating competition for Alascom, the sole long-distance telephone service in the state at the time. By forming GCI, Walp championed and continued to promote a competitive telecom marketplace in Alaska.

“I wanted to provide good service,” Walp said in a 2013 news interview. About Alascom, he emphasized the need for competition in order to advance technology in Alaska. “They were the monopoly, they were dominant. Here we were like a little flea on the back of a rhinoceros.”

Walp originally came to Alaska in the early 1970s as a consultant on a NASA project he initiated to demonstrate telephone and television services in medicine and education. He held a bachelor’s degree and a master’s degree, both in physics, from the California Institute of Technology.

Walp retired from GCI in 1989 but remained a pillar at the company, an employee emeritus who was an invaluable resource of Alaska knowledge and connections. Under his leadership and unmatched expertise, GCI experienced massive growth in its network systems, which continue to improve the quality of life of Alaskans across the state.

In addition to helping launch GCI from a three-employee startup to the $2 billion publicly traded company it is today, Walp was a well-regarded expert in the telecommunications industry. In 1998, he was elected as a Fellow of the Institute of Electrical and Electronics Engineers, a prestigious honor awarded to only a select few members in recognition of their technical, educational and leadership achievements.

GCI will remember Walp at a memorial ceremony this spring.