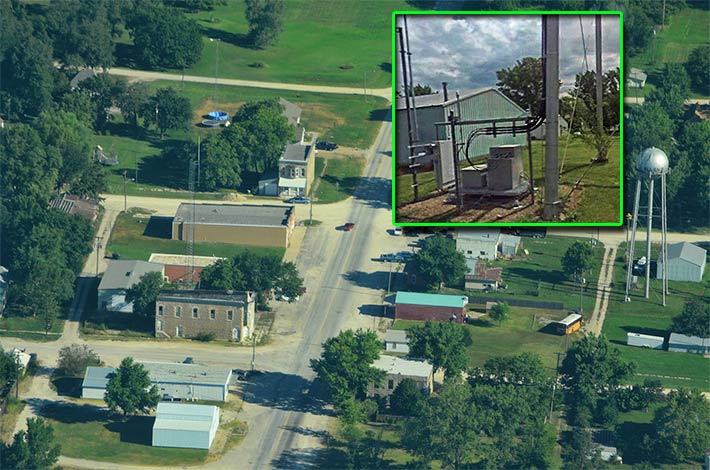 The mayor of Allen, Kan. thinks that FCC Chairman Ajit Pai may be underestimating his city’s broadband coverage. A cell site is located in the center of Allen on the community’s water tower.

During a press conference yesterday, FCC Chairman Ajit Pai singled out a small Kansas community that he said had 75 residents that could possibly receive economic prosperity if they were to be provided with adequate broadband services, but City of Allen Mayor Charles Eastman said he’s not quite sure as to how that would be achieved – or if the city is broadband indigent, stating, “I have a prePai cell phone and it always works.”

Eastman, who has served as mayor for the past 33 years, also informed Wireless Estimator that his internet service is provided by wireline provider S&A Telephone Company, which is one of the few businesses located in Allen, “and it works just fine,” he said.

However, a postal worker in the Allen post office said that her cell phone coverage in the area wasn’t very good.

“I have Verizon and right now it’s only at two bars and if I go down Main to the highway, I’m going to lose coverage. You can’t afford to not have a landline here,” she said.

Eastman believes that most people have cell phones in his community and when asked whether many attendees during the city’s monthly Mayor and Council Meeting would use them, he said, he couldn’t answer that because “no one ever comes to the meetings”.

You won’t see any drivers idling at a stop light using their cell phone because the city doesn’t have a traffic signal, and the only place to purchase food and call home to check on whether you are low on something is at a butcher shop that has just a few other grocery items.

But you can join ranchers and farmers at Keianna’s Dive, a popular lunch-only eatery, and the city’s only restaurant, next to the post office where for some, cell service is as excellent as the burgers because the restaurant sits on Main St. in front of a water tower which supports a cell site.

Eastman doesn’t think the site is owned by one of the top four carriers.

“It’s an outfit out of Western Kansas. It just services cell phones, and is not one of the major ones. I think that the Counsel Grove Telephone Company is part owner in it,” he said.

The Mayor said he was appreciative that Chairman Pai put his small community on the map, but he may be underestimating the broadband coverage available in Allen, and his city’s population.

Eastman said he didn’t know how additional broadband services could assist Allen economically, “Although if it could help the stockyards and farmers that would be a good thing.” 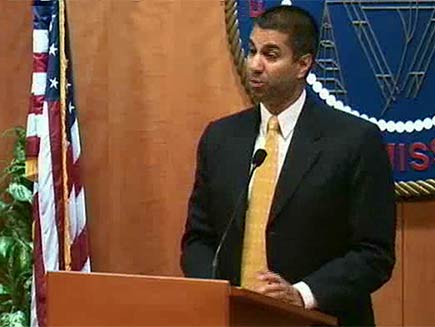 During his push for rural broadband at yesterday’s press conference, FCC Chairman Ajit Pai said,”I have yet to hear about a consumer who says I only want broadband if a Democrat or Republican proposes it.”

The Rural Broadband Working Group has been engaged with FCC staff to make sure the specific needs and issues of precision agriculture and other technologies critical to farmers’ success are on the radar screen of policy-makers.

Allen is approximately one-third-square-mile in size, and is located in Lyon County which is identified as having 17% of the county being underserved.

“I have spoken with members of Congress about the importance of rural broadband, and as part of the infrastructure package, that I understand they might be considering,” Pai said following the Commission’s monthly meeting.

“I’ve stressed, that look, I know you guys have a lot on your plate in terms of infrastructure, roads, bridges, all the rest, but keep an eye out for broadband because I think that’s something that number one is bipartisan. I have yet to hear about a consumer who says I only want broadband if a Democrat or Republican proposes it.”

“And secondly, it would really make a difference, I think, in improving the economic prospects of some of these areas, and one of the examples I’ve spoken with a congressman about, from my travels to Alaskan native villages above the Arctic Circle and small towns in Mississippi, even the feed lots where I was in Allen, Kansas, population 75, places that you would never travel to unless you actually lived there, and these are the places that are – I wouldn’t say falling off the grid – but they were never on the grid to begin with,” Pai said.