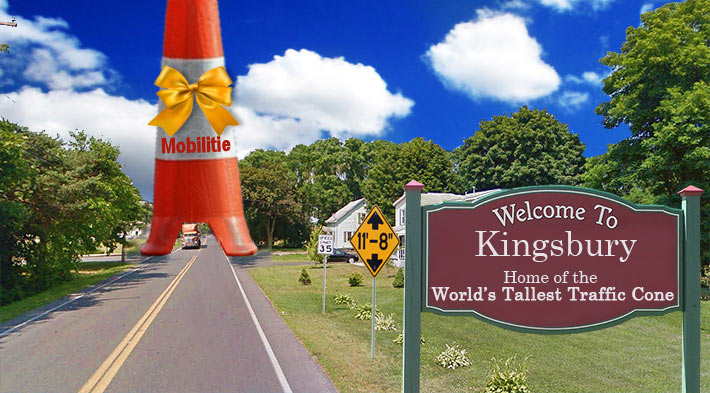 Mobilitie is back in the news again after submitting an application in Washington County, N.Y. for a cell tower in Kingsbury and commencing work in Easton without getting proper approval.

According to the The Post-Star, Mobilitie applied for a county highway work permit, “which is normally used when a homeowner wants to put something temporarily in the county’s right-of-way. Usually it’s traffic cones for a driveway resurfacing, officials said.”

Although the article said that the permit was primarily used for driveway resurfacing, the work permit application is also used for repairing or installing sewer, water and gas lines as well as burying cable. It is also required to “set new poles”.

The single page application was provided to the DPW to install the new Mobilitie pole, along with a single page drawing of the monopole and its three-foot-wide foundation, Haskins said.

This morning, Haskins told Wireless Estimator that he has informed Mobilitie, based upon a recommendation by County Attorney Roger Wickes, that he will not approve the structure since it could create a dangerous impediment to safety if a vehicle were to hit it.

In response to questions from The Post-Star,  Mobilitie said in a statement: “Transport poles are the future for communities that seek intelligent ways to increase coverage and capacity quickly and efficiently for citizens. This approach delivers high-bandwidth connectivity without digging up roadways and laying costly fiber optic lines.”

It was the same written statement provided by Mobilitie to The Alt last month when the company popped up a dozen wood poles in Troy, N.Y. that had some residents and business owners seething.

And it’s the same response provided to Middletown, N.Y., and many other communities.

The Post-Star said that in Easton, Mobilitie tried to drill “test holes” near the fairgrounds without getting permission and told a fairgrounds official that it was for “the utility company.”

This isn’t the first time that they have tried to install a pole without a permit.