April 1, 2017 – Traders were turned topsy-turvy yesterday afternoon after The Wall Street Journal reporter Ryan Knutson, in an exclusive interview with Ivanka Trump, said she had made a hostile bid for Maplewood, Minn. industrial giant 3M, offering a 46% premium for the company’s stock which closed Friday at $191.33. 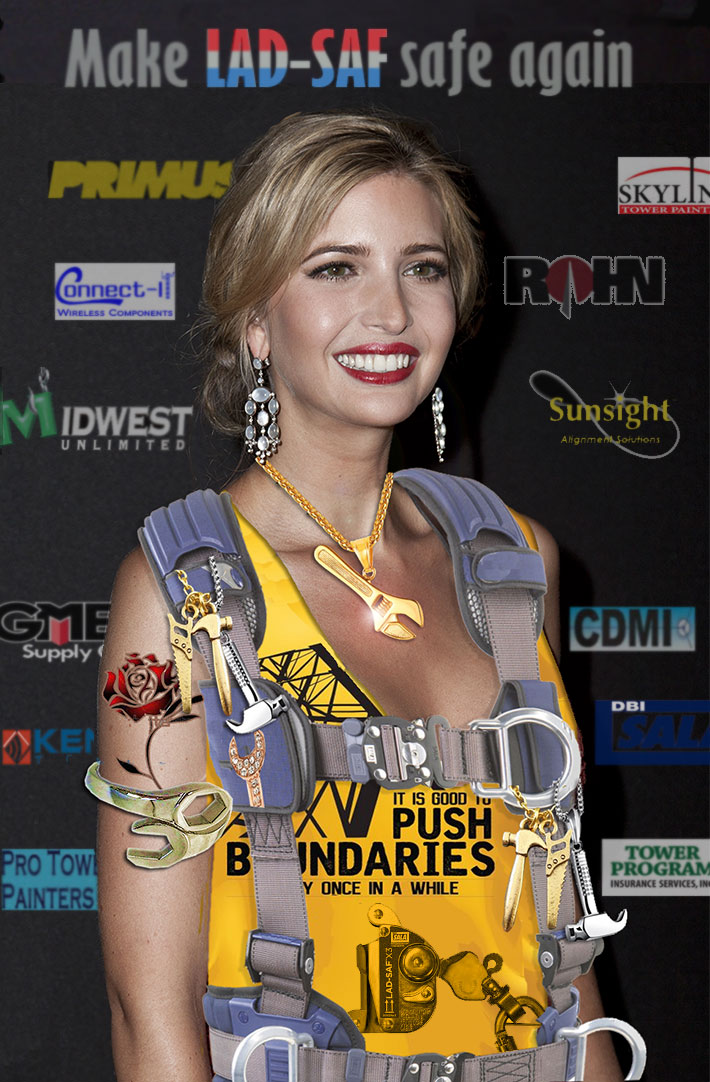 Ivanka Trump displayed her construction-related jewelry at the South Wireless Summit this week in Nashville, but gave no  indication that she would be making a hostile takeover bid for 3M.      –Photo Credit: WirelessEstimator.com

“This can’t turn into an ignominious bidding war. Take it now, Thulin; take it now,” Cramer shouted in his bombastic monologue last night that stretched over two minutes into a hard break.

During a press conference this morning where Ivanka was unveiling new construction-oriented jewelry at T.J. Maxx on Old Hudson Rd., less than a mile from 3M headquarters, she said she was impressed by what she expects to be a long-term earnings growth rate for 3M of 9.7%, “but once my plan is initiated to have subsidiary DBI-Sala – just down the road in Red Wing – cripple its competition in market share, it will go even higher.”

“Take a look at just one of their products, the LAD-Saf cable grab. It worked for 10 years or more and then they blamed their own customers, saying they turned it upside down and it’s no longer safe. Their voluntary recall churned the news cycle for a couple of weeks last August and it’s already forgotten, and their market share has gone even higher than 75%,” Ivanka said.

“By the time they close the recall in a year or two, under my direction we’ll already have a new must-have IoT cable grab model that also does closeout documents and alerts your admin that you’re no longer working on iron and to put your hours in a lower cost workers comp classification such as wallpaper hanging or clerical,” Ivanka told reporters.

Ernesto Rivaldo, a spokesperson for State Street Corporation, 3M’s top institutional holder with shares valued at $8.7 billion, said that State Street believes Ivanka can take 3M to the next level based upon her ties with Walmart, Sears and other retailers.

“As an example, even though I don’t have a definitive agreement from 3M, my designers are already working on a slimming ExoFit fall protection harness that can be easily converted into androgynous Febreze-fresh casual or formal wear for the tech that works long hours and doesn’t have time to head home or to their hotel before going out for sushi or to a state dinner,” said Ivanka.

Ivanka told St. Paul Pioneer Press reporter Betsy Schneider that once the deal is done she intends to move from her Washington, D.C. home to Montgomery, Minn., a Czechoslovakian community boasting almost 3,000 residents, so that she can better appreciate her roots and learn how to bake kolaches, take button box music lessons – “and possibly get Minnesota-based My Pillow’s president, Michael Lindell, to partner with me for additional worker at heights safety product innovations for DBI-Sala.” 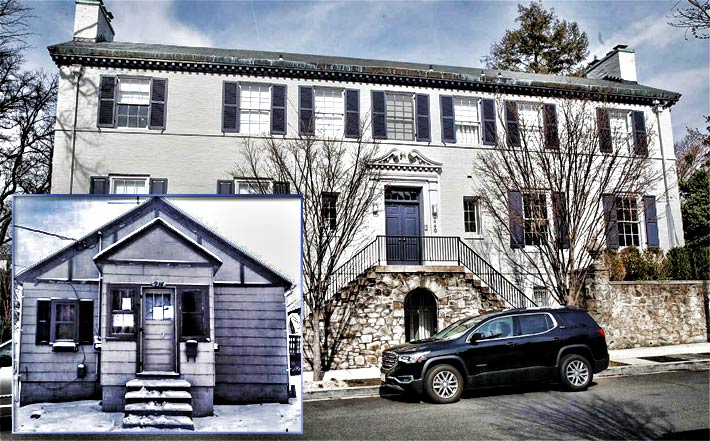 According to reporter Betsy Schneider, Ivanka and her husband, Jared Kushner, were seen peeking through the windows of this foreclosed home (inset) on Elm Ave. in Montgomery, Minn. They are currently living in this multi-million-dollar home in the fashionable Kalorama neighborhood in Washington, D.C. Neighbors aren’t thrilled with the traffic that is being generated by their celebrity. However, Montgomery homeowner Basia Kvitova, who requested that she remain anonymous, told Schneider, “Hell, we’d love having her here, my darling brouček. Once the town gets over the excitement of dancing around the Czech May Day pole, nothing happens for the next 364 and a half days.”