The fast-paced video highlights the explosive growth of DAS and the essential role this technology plays in densifying networks to ensure ubiquitous coverage and connectivity in populated venues and facilities such as stadiums, airports, hospitals and convention centers. The video also provides an overview of how the technology and sophisticated components of the DAS network interface together in order to provide this essential coverage. 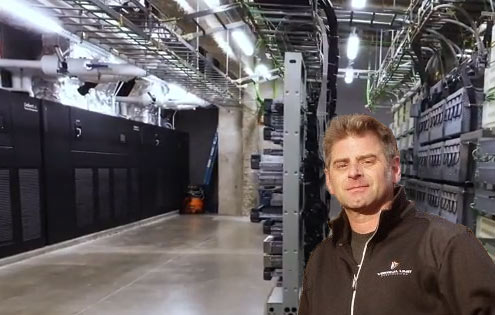 “This video does a great job of showcasing U.S. Bank Stadium’s DAS network and connecting the dots on how the system works…” — Greg Novak, Technical Systems Engineer at Vertical Limit Construction

The centerpiece of the video shines a spotlight on the DAS technology installed in U.S. Bank Stadium, the state-of-the-art home of the NFL’s Minnesota Vikings and the host of this season’s Super Bowl LII (52), which will take place February 4, 2018.

U.S. Bank Stadium’s spacious lay-out and countless amenities require a sophisticated and robust wireless network and the video provides an inside look at the venue’s DAS technology.

“This video does a great job of showcasing U.S. Bank Stadium’s DAS network and connecting the dots on how the system works behind the scenes to enhance the experience of fans who visit the venue,” said Greg Novak from Minnesota-based NATE member company Vertical Limit Construction. “NATE and its member companies are on the front lines making connectivity possible at some of the most famous venues and events in the world,” added Novak. 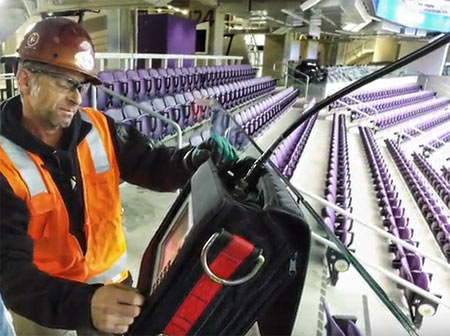 System testing is similar to cell site applications, but workers are keeping track of test results that can number into the thousands

NATE encourages tower technicians and industry stakeholders to actively participate in this campaign by posting the DAS video on their respective social networking platforms using the hashtag #ClimberConnection. NATE also encourages industry workers to share their DAS deployment tips through social interaction on the Association’s Facebook and Twitter pages.

The Climber Connection Volume 2 campaign was developed by the NATE Member Services Committee in conjunction with the NATE Safety & Education Committee and is designed to provide specific resources and communicate the Association’s message directly to the industry’s workforce.

Visit HERE to access the A10.48 Standard, Broadcast Repack, Riding the Line, UAS Operations and Guy-Wire Anchor Inspection videos that were previously released as part of the Volume 2 edition of the Climber Connection Video Series. For more information on NATE, visit www.natehome.com today.