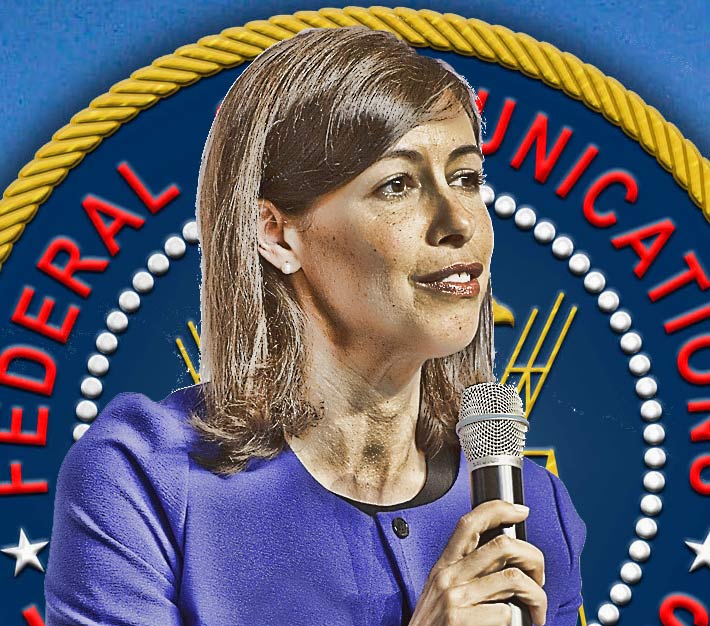 If confirmed by the Senate, Jessica Rosenworcel would become only the second FCC commissioner to serve nonconsecutive terms.

President Donald Trump said he would nominate Jessica Rosenworcel to fill a Democratic seat on the FCC. The expected nomination was applauded throughout the nation.

Rosenworcel served as a commissioner until the end of 2016 when lawmakers failed to take up her renomination under former President Barack Obama, handing Republicans a 2-1 majority on the five-seat commission which has allowed the FCC to move forward with a number of projects and set in motion reversals for Obama-era regulations.

If confirmed, Rosenworcel would join Democratic Commissioner Mignon Clyburn, whose term ends on June 30. It is not known if Clyburn plans to stay on the commission.

FCC observers expect Trump to nominate Republican Brendan Carr who is currently general counsel at the FCC and an adviser to Chairman Ajit Pai, to an open seat.

A deal had been rumored in 2015 that Republican Michael O’Rielly would be confirmed if Republicans reconfirmed Rosenworcel, but it never happened.

“Better late than never,” said Democratic Senator Bill Nelson of Florida in a statement on Rosenworcel’s nomination. “The Senate should now move quickly to confirm her and fulfill the promise that was made two years ago.”

If confirmed by the Senate, Rosenworcel would become only the second FCC commissioner to serve nonconsecutive terms. T. A. M. Craven, also a Democrat, was the first commissioner. He served from 1937 to 1944 and then served from 1956 to 1963.

If Rosenworcel gets the nod, she will return to the FCC at a time when its Republican Chairman, Ajit Pai, wants to roll back net neutrality rules.

“NATE congratulates Jessica Rosenworcel on being nominated by President Trump to fill the open Democratic Commissioner seat,” stated Executive Director Todd Schlekeway. “NATE members represent all layers of the diverse wireless infrastructure ecosystem and the Association looks forward to continuing to work closely with FCC Commissioners and staff members on the many policy and regulatory issues facing our dynamic industry,” Schlekeway added.

“I congratulate Jessica for her re-nomination to the Federal Communications Commission. Jessica served with dedication and thoughtfulness during her previous tenure at the FCC. She has a deep understanding of wireless infrastructure and the important role it plays in promoting innovation and economic growth in communities around the country. We urge the Senate to expeditiously approve her nomination,” said Jonathan Adelstein, President and CEO of WIA.

“NAB is delighted to hear that President Trump will renominate Jessica Rosenworcel to the FCC,” said NAB president Gordon Smith. “Commissioner Rosenworcel is supremely qualified for another FCC term, having demonstrated her public service credentials and full command of telecommunications issues during her commission tenure. NAB strongly supports her renomination and confirmation.”

CTIA President Meredith Attwell Baker said Rosenworcel “is a dedicated public servant who has demonstrated strong leadership and a keen understanding of the need for a modern spectrum policy, as well as promoting policies to help speed the deployment of broadband networks for American consumers and business.”