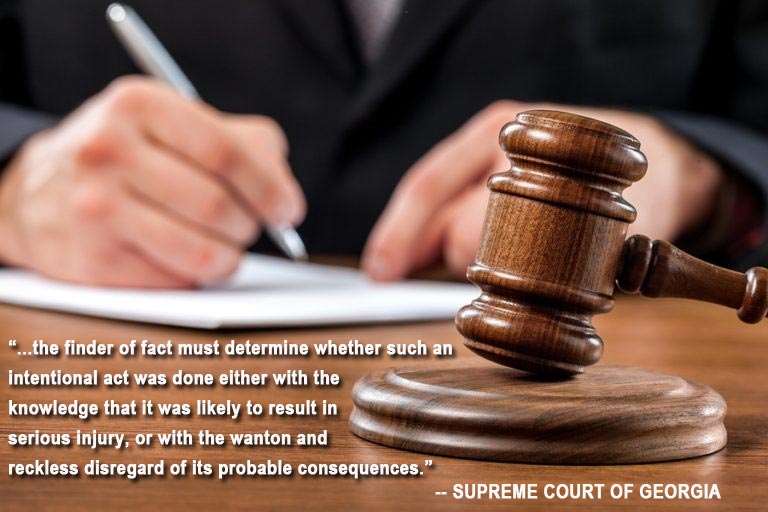 The Supreme Court of Georgia has ruled that a tower tech who disobeyed his supervisor’s instructions not to use a controlled descent and fell, severely injuring himself, may not be entitled to workers compensation benefits, reversing a Georgia Court of Appeals decision.

Tower technician Adrian Burdette, employed by Chandler Telecom L.L.C. of Eatonton, Ga. during November 2012, according to the ruling, was seriously injured while attempting a controlled descent from a Pearland, Tex. tower, disobeying instructions by his employer.

The State Board of Workers Compensation adopted an administrative law judge’s findings and concluded that Burdette was barred from receiving compensation because he engaged in “willful misconduct”.

Burdette appealed to the Superior Court, which affirmed the Board’s decision. He then appealed to the Court of Appeals which reversed the decision, concluding that Burdette’s actions did not constitute “willful misconduct”.

Burdette was initially employed by Chandler as a tech on Sept. 1, 2012, and he worked there for three weeks before taking a five-week leave of absence.

He was terminated during his absence due to a miscommunication with his supervisor, but he was then rehired on Nov. 2, 2012.

On Nov. 5, 2012, Burdette’s first day back at work, he was assigned to work on the top of a cell tower with Brian Prejean, who was the lead hand of the crew.

And prior to their shift that day, the supervisor over Burdette’s six-person crew instructed them to climb down the towers and not to use controlled descent, according to their testimony provided to the court.

When their work was almost complete, Prejean instructed Burdette to climb down the tower, but Burdette responded that he wanted to use controlled descent instead.

According to a Chandler representative, controlled descent is used only when rescuing someone, and Chandler technicians are “always supposed to climb down.”

Nevertheless, even after Prejean instructed Burdette to climb down the tower two or three more times, Burdette prepared his equipment and began controlled descent and then fell a great distance from the tower and landed on an ice bridge which caused serious injuries to his ankle, leg, and hip.

Burdette said he had no memory of his fall or anything that happened immediately before or after it, including his conversation with Prejean.

Prejean testified that Burdette’s fall was the result of “user error,” rather than any equipment malfunction. He further noted that, while Burdette had the required equipment for climbing down, he did not have all of the necessary equipment for controlled descent.

In reversing the Board’s decision, the Court of Appeals concluded that Burdette’s intentional violation of an employer rule and other explicit instructions was not “willful misconduct”.

It arrived at this conclusion because Burdette’s violation was not of a “quasi criminal nature involving the intentional doing of something either with the knowledge that it is likely to result in serious injury, or with a wanton and reckless disregard of its probable consequences.”

The Georgia Workmens’ Compensation Act states that “No compensation shall be allowed for any injury or death due to the employee’s willful misconduct, including intentional self-inflicted injury, or growing out of his attempt to injure another, or due to intoxication or willful failure or refusal to use a safety appliance or perform a duty required by statute, or the willful breach of any rule or regulation adopted by the employer and approved by the Industrial Commission, and brought prior to the accident to the knowledge of the employee.”

The court found the appellate court violated case law by substituting itself as a fact-finding body when reviewing a workers compensation decision.

Following an investigation by OSHA of Burdette’s accident, Chandler was cited with three serious violations, two for Training Requirements and the third for Duty to Have Fall Protection. The $5,600 fine was reduced to $3,360 in an informal settlement.