The National Association of Tower Erectors (NATE) today unveiled a Guy Wire Anchor Inspection safety video as part of Volume 2 of the popular Climber Connection series. The video was released by NATE at the Association’s 2017 Summer Conference in Kansas City, Mo.

The NATE Guy Wire Anchor Inspection video provides an overview of surface inspections and dig-to-block inspections, the two types of inspection protocols utilized in the industry to assess potential corrosion on the anchors of guyed towers. The video also includes live footage and detailed analysis of a tower crew safely conducting both a surface level inspection and dig-to-block inspection at a communication tower site. Additionally, the video portrays images of the impact corrosion can have on the anchor shafts of guy wires. 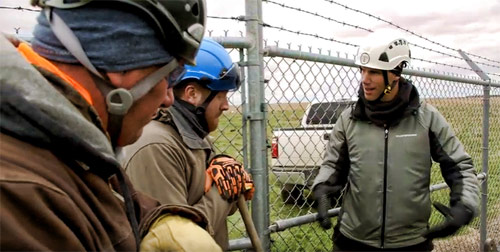 “I commend NATE for shining a spotlight on the importance of conducting guy wire anchor inspections,” stated Chris Memmott, President and active climber at Triple M Enterprises in Nephi, Utah. “As guyed tower structures age and as the infrastructure continues to take on more equipment, it is paramount that tower technicians and other industry field personnel gain knowledge and experience in performing guy anchor inspections to ensure both the ultimate safety of the worker and the stability of the tower,” added Memmott. 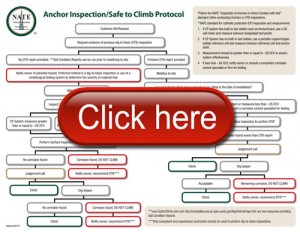 The Climber Connection Volume 2 campaign was developed by the NATE Member Services Committee in conjunction with the NATE Safety & Education Committee and is designed to provide specific resources and communicate the Association’s message directly to the industry’s elevated workforce.

Visit HERE to access the A10.48 Standard, Broadcast Repack, Riding the Line and UAS Operations videos that were previously released as part of the Volume 2 edition of the Climber Connection Video Series. For more information on NATE, visit www.natehome.com today.