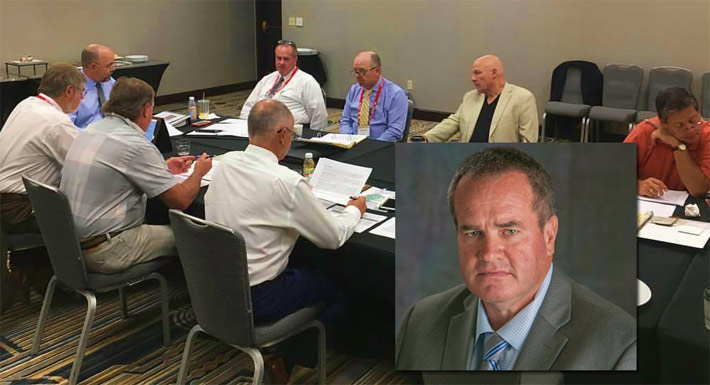 Kevin Dougherty was elected to serve on NATE’s Executive Committee as its Secretary/Treasurer. He has been on the association’s Board of Directors for the past two years.

The National Association of Tower Erectors (NATE) announced today that Board of Directors member Kevin Dougherty has been elected to serve on the Association’s Executive Committee. NATE made the announcement at the organization’s 2017 Summer Conference in Kansas City, Mo.

Dougherty, CEO of Millennia Contracting, Inc. in New Castle, Del., was elected to serve in the position of Secretary/Treasurer on the Executive Committee. Dougherty has been a member of the NATE Board of Directors for two years and has fulfilled a variety of other leadership roles during his tenure with NATE, including service on the OSHA Relations Committee and STAR Initiative Ad-Hoc Committee.

“I am both excited and honored to serve the Association in this new leadership capacity,” stated Dougherty. “NATE’s mission of enhancing safety, standards and education is near and dear to my heart and I look forward to continuing to take this message to the industry in my new position on the Executive Committee.”

“I would like to congratulate Kevin Dougherty on being elected by his colleagues on the Board of Directors to serve on the Executive Committee,” said NATE Chairman Jim Tracy of Burley, Wash. “Kevin will provide the steady leadership and vision to ensure that NATE continues on an aggressive growth trajectory and accomplishes our ambitious agenda.”

“I would also like to provide a tip of the cap to departing NATE Executive Committee Board member Ben Little,” added Tracy. “Ben served with distinction at both NATE and the Tower Family Foundation for many years and we salute his leadership.”