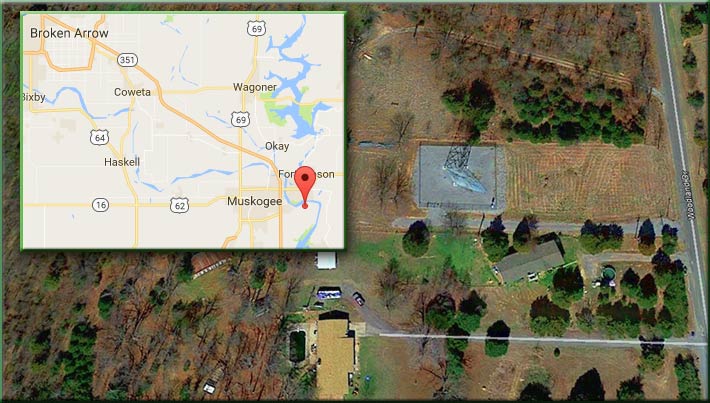 Requiring a state supreme court decision to erect your first tower is most likely the first time that it has occurred in America.

The owner of a successful Oklahoma tower and lighting maintenance company saw an opportunity to provide homeowners in a severely underserved area east of Muskogee with cell service – in some homes non-existent – and constructed a 250-foot self-supporting tower that a major carrier was interested in co-locating on in 2010.

But as soon as it was built, homeowner Ken Laubenstein, living near the structure, brought a lawsuit against Robert Moore, owner of BoDe Tower, and Muskogee County District Court Judge Norman D. Thygesen, after a bench trial that lasted over five days, ruled that the tower was a private nuisance, as alleged in Laubenstein’s complaint, and ordered BoDe Tower to disassemble the tower within 60 days.

But Moore, who had secured the proper clearances from all required agencies, such as the FAA  and U.S. Fish & Wildlife Service, informed Wireless Estimator that he was not going to see his $150,000-plus investment go down the drain and he was cautiously optimistic that an appeals court would knock out Laubenstein’s nuisance claim.

It didn’t, and the Court of Civil Appeals, Division IV, upheld the county court’s decision requiring Moore, who owns R and M Electrical in Muskogee, to remove the tower.

“I had to make the decision to see if I wanted to go further since I had already invested quite a bit of money,” Moore told Wireless Estimator, and he decided to move forward to have the courts’ decisions vacated and reversed by the Supreme Court of the State of Oklahoma.

On Dec. 6, 2016, the Supreme Court renewed Moore’s faith in the judicial system, but it still cost him over $50,000 in legal fees and his $150,000 investment to acquire two acres and erect the tower – plus the frustration of dealing with “the good-old boy judicial system in Muskogee County”.

And it wasn’t until this week that Judge Thygesen removed additional barriers that kept Moore from contacting potential co-locators that are aware of the still underserved area near a 170-acre wildlife sanctuary in the Gooseneck Bend area.

“No carrier wants to consider being on a tower if they know there is a lawsuit, and that’s been my problem for years,” Moore said. “Hopefully, now that it has been resolved, there will be some interest.”

Case may set precedent
It is possible that the Oklahoma high court’s decision will set a precedent for review in similar complaints of nuisance claims being entirely based upon aesthetic concerns.

During the initial trial, Laubenstein’s nuisance claim was grounded entirely on his dissatisfaction with the tower’s appearance and its federally mandated medium intensity dual obstruction lighting.

In Laubenstein’s testimony he said, “Well, from the place that I enjoy sitting the most, and I sit there day and night, it depicts the tower across the way, with its flashing light on top and three lights that are halfway up the tower, and it shows it reflecting in the water, and the reflection comes almost all the way across the water, right to where I am sitting. It’s about 10 or 12 feet from where I sit, constantly on and off, red and no red. And it’s extremely unnatural and, frankly, it’s very annoying. It’s more than that, it’s intrusive.”

In the State Supreme Court’s ruling, the justices said, “Aside from aesthetic concerns, Laubenstein offered nothing to establish the cellular tower created an environment so inhospitable as to cause ‘substantial injury to comfort, health, or property’”.

“Our case law prohibits nuisance claims based entirely on aesthetic concerns. It would be wholly unreasonable to allow one individual’s visual sensitivities to impede development of cellular phone service for the residents of Muskogee. BoDe Tower undertook significant investment and complied with all regulatory hurdles.”

Plaintiff appeared oversensitive to a number of impediments
During the trial, it was disclosed that Laubenstein viewed the property around his home as his private sanctuary for birds and animals.

Laubenstein said he disliked any disruption to his solitude, explaining during the trial, “I just don’t like disorder around me, and I want a clean, clear – – clean environment in which to live.”

When he first moved into his residence, Laubenstein said he was immediately unnerved by existing noise, light, and car emissions caused by traffic and security lighting in the area.

To help eliminate these irritations, Laubenstein planted 700 trees throughout his acreage. He also built a four-foot earthen berm around the perimeter of his home in an effort to block all noise, light, and car emissions.

Laubenstein said he removed security lighting throughout his entire property to ensure it was completely dark. He even persuaded neighbors to install glare shields on their security lighting to purge any interference with his tranquility.

Despite living less than three miles from Muskogee, Laubenstein was also bothered by the reflective glow of city lights, as the illumination interfered with his astronomy hobby.

Laubenstein testified it was his hope and intention to leave his property in an immaculate unchanged condition for future scientific study.

Moore was represented by Thomas Marcum of Burrage Law Firm.