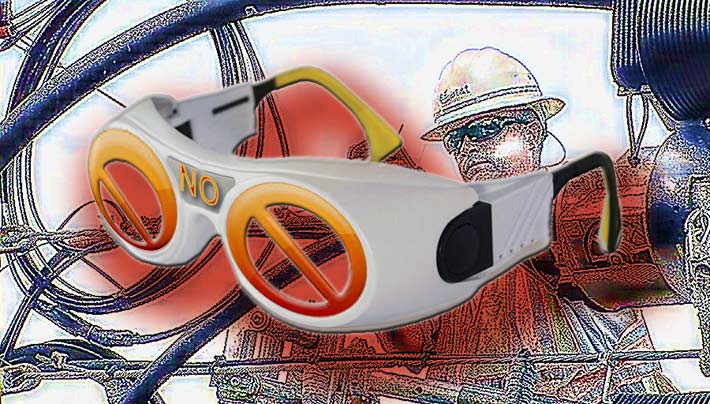 In a separate action, not related to Friday’s possible strike, fiber optic installers in California were protesting Monday because AT&T wouldn’t provide a specific type of safety goggles. The carrier said the type of googles that workers wanted aren’t needed.

More than 21,000 AT&T wireless workers may go on strike this coming weekend if their union can’t reach a deal on a new contract by Friday at 3 P.M. ET. Workers from 36 different states have been working without a contract since February.

“Going on strike is a decision that is not made lightly. Your bargaining team has worked countless hours to negotiate in good faith to reach an agreement, but this company is refusing to budge on the issues that matter the most to us. The union has also filed unfair labor practice charges at the National Labor Relations Board over AT&T’s refusal to furnish information related to bargaining,” the Communications Workers of America (CWA) said in a letter to its membership.

“We need to make it clear to AT&T that this information is crucial to reaching a fair contract,” the union said.

The CWA said AT&T offered a 2% wage increase per year, but claims it is not enough to cover increased healthcare costs. Plus, they state that the carrier wants to increase worker healthcare contributions.

Amongst a number of other requests, the CWA wants increased severance payments in case of a layoff.

The key to winning the strike, the CWA said, is to picket outside of stores which might prevent customers from entering them, a strategy they said helped Verizon workers when they went on strike.

The CWA cautioned its members to ensure that their co-workers honor the strike.

“When the strike is over, scabs will have to face their co-workers who were willing to take action and make a sacrifice that will benefit everyone. Don’t be a scab,” the union warned.

“We’re continuing to bargain with the union and believe a fair agreement can be reached,” AT&T said in a statement. “We’re prepared for a possible strike. If it happens, we will continue working hard to serve our customers.”

Tensions are also high with approximately 17,000 workers in AT&T’s wired, cable and internet business in California and Nevada.

In Bakersfield, Calif., over 100 employees were protesting with signs on Monday.

Their concern was that AT&T doesn’t provide their technicians that install fiber optic cable with goggles to  prevent injuries from class lll lasers while performing services.

However, according to AT&T, the equipment their fiber optic technician uses does not emit damaging light, and the type of goggles that technicians wanted aren’t needed.