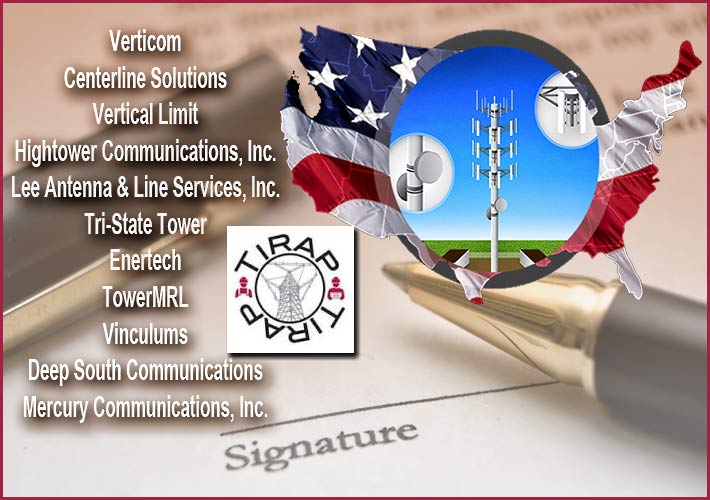 “This is a very exciting time for the telecommunications sector since apprenticeship is a crucial tool in building a stronger more productive workforce for our industry,” said Scott Kisting, Chairman of TIRAP and Executive Vice President Proactive Telecommunications Solutions, LLC. “We’re excited that so many telecommunications companies, large and small, are throwing their support behind apprenticeships to strengthen their workforce and provide valuable career opportunities to hard-working Americans.”

WIA, which represents over 200 businesses that develop, build, own and operate the nation’s wireless infrastructure, was named the National Sponsor for TIRAP in March 2017. As National Sponsor, WIA now coordinates a host of activities for Participating Employers to ensure that apprenticeship programs are developed, monitored and measured effectively. This supports the Trump Administration’s announced intention to shift certification of federally funded apprenticeship programs from the Department of Labor (DOL) to industry participants, including trade associations. 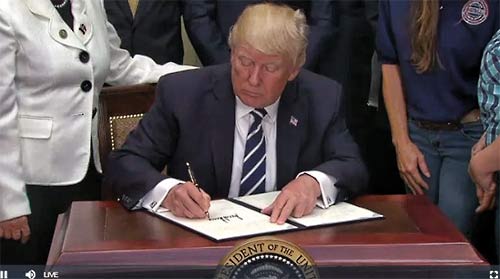 Jonathan Adelstein, President and CEO of WIA, stated that: “Since WIA took over as the National Sponsor from DOL in March under the Trump Administration, the number of participating telecommunications employers jumped from one to 12 virtually overnight – a 1,000 percent increase. WIA can now directly connect employers with apprenticeships without them having to go through DOL.  It’s a lot more attractive for employers under a management-led initiative like TIRAP to avoid the DOL bureaucracy and work directly with their own trade association. We enthusiastically endorse the apprenticeship reforms announced today by President Trump, and plan to rely on them to make apprenticeships a reality in a whole new sector: the telecommunications industry.”

In addition to its work with TIRAP, WIA recently launched the Telecommunications Education Center (TEC) to provide the wireless telecommunications industry with a series of education and training courses devised to foster development of a stronger and more diverse workforce. “WIA and TIRAP are developing a curriculum that directly supports apprenticeships and the needs of the growing wireless industry’s workforce,” Adelstein continued.

The partnership between WIA and TIRAP responds directly to a Department of Labor request, made in a new Workforce Development Memorandum for federal agencies, to support the Trump Administration’s apprenticeship initiative “by removing obstacles to apprenticeship growth that may be present in current regulations or practices.”

The newly-expanded list of companies participating in TIRAP now includes:

These companies are leading the industry’s efforts to develop and deploy our nation’s future mobile communications networks, which will deliver the next generation of wireless voice and data services.

“Apprenticeships in the telecommunications industry provide workers with quality jobs and clear paths to rewarding careers in a growing sector of the economy,” added Adelstein.

TIRAP, a joint venture of telecommunications companies, industry associations and the U.S. Department of Labor, seeks to enhance quality and efficiency, as well as promote a safer work environment, through providing qualified employers with DOL-credentialed apprenticeship programs a new mechanism for career development of the telecommunications workforce.

Since its inception, TIRAP has outlined an Apprenticeship Framework and credentialed the following six occupations through DOL:

TIRAP is currently working with telecommunications companies to include additional positions to this list of occupations.

“The entire telecommunications industry is working together to support the communications networks of today while we prepare for deployment of the networks of tomorrow,” added Kisting. “TIRAP is uniquely positioned to provide expert guidance and assistance to American companies that continually cite employee recruitment and workforce development as major challenges facing their organizations.”

Companies or organizations interested in learning more about apprenticeship programs administered by WIA on behalf of TIRAP, can contact Deb Bennett, Apprenticeship Director for WIA, directly at 703-739-0300 or deb.bennett@tirap.org .