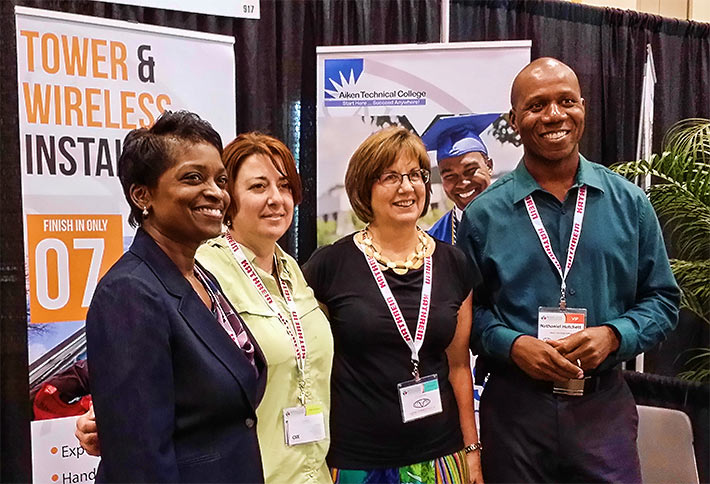 FCC Commissioner Mignon Clyburn was well-known for her support of net neutrality as well as her concern for tower climber safety. Pictured (from left) at an exhibit booth of Aiken Technical College are Clyburn, Molly Cooper, Dr. Gemma Frock and Nathaniel Hatchett

Democratic FCC Commissioner Mignon Clyburn made a surprise announcement yesterday at the FCC’s open meeting– she’s resigning after serving a nine-year tenure at the agency.

A fierce advocate of the FCC’s net neutrality rules, Clyburn has been at odds with Chairman Ajit Pai frequently.

“I have enjoyed working with her and, even when we have not seen eye-to-eye on policy, I have always held her candor and thoughtfulness in the highest regard,” Pai said in a statement. “She’s been a wonderful colleague and friend. I wish her nothing but the best and sincerely thank her for her service.”

Industry tributes lauded Mignon’s service. AT&T vice president Joan Marsh said, “Since joining the FCC nearly a decade ago, Commissioner Clyburn has demonstrated an abiding and admirable commitment to public service. She leaves a tremendous legacy at the Commission of helping Americans most in need and bringing a voice for those who are often overlooked. We wish her all the best in her new endeavors.”

“Commissioner Clyburn has been an exemplary commissioner over the past eight years, including serving as the first woman to head the agency. Her undying dedication to the idea that all Americans should have broadband access will certainly be missed, as will her willingness to work collaboratively with all sides to find common ground. Commissioner Clyburn is truly committed to providing everyone with a voice in the process. She has been a great friend to me personally and to the wireless infrastructure industry.”

“Together, we worked diligently on implementing the landmark 2014 Infrastructure Order. Her leadership on this issue will leave a lasting impact on the streamlined siting of next generation wireless networks. Although she is leaving the FCC, I know that Commissioner Clyburn will never stop fighting for the causes she is passionate about, namely ensuring that all communities – big or small, rural or urban, rich or poor – are able to reap the benefits of robust and ubiquitous broadband. Her many contributions will be remembered for years to come. Congratulations Mignon on a job well done, and I wish you all the best in the future.” 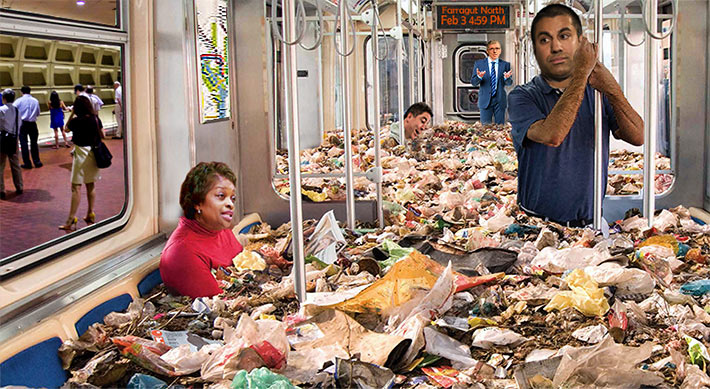 Commissioner Mignon Clyburn, who served as the acting FCC Chairman in 2013, blasted Chairman Ajit Pai in early 2017, stating that his Friday news dump of important matters tucked in between 30 news releases for the day, “fell short of reasoned decision making.”  Mignon believes the FCC has long been weighted towards industry interests.