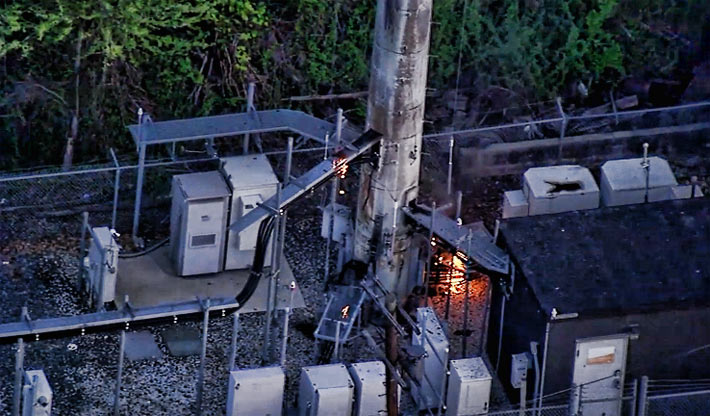 Crown Castle is investigating the circumstances that caused a multi-tenant monopole to catch fire early this morning in Philadelphia.

Firefighters were called to the cell site kocated just of the Schuylkill Expressway between Montgomery Dr. and Roosevelt Blvd. at about 5:15 a.m. after numerous drivers called in the fire that had swept through the center of the pole, igniting transmission lines of five tenants.

Since the fire was reported by drivers who watched as giant plumes of smoke engulfed the burning pole, it is unlikely that the blaze was ignited by industry workers performing maintenance on the structure.

PECO cut power to the tower to give firefighters the option of hosing down what was left of the fire, which they accomplished just before 8 a.m.