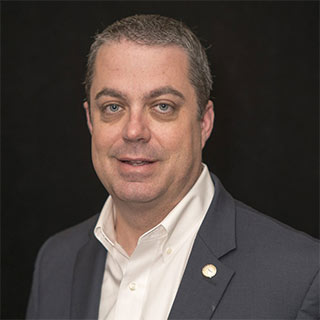 Early has represented the National Council of Statewide Interoperability Coordinators (NCSWIC) on the PSAC since 2015.  Since the start of his tenure, he has been incredibly active and dedicated, serving on the PSAC Executive Committee as the Tribal Working Group (TWG) liaison, leading the Early Builders Working Group (EBWG), and participating in multiple PSAC task teams. Todd replaces Interim PSAC Chair Paul Patrick, who was named to the First Responder Network Authority Board. He brings more than 25 years of professional experience in public safety to this leadership role.

Early is the Assistant Chief of the Law Enforcement Support Division for the Texas Department of Public Safety (State Police). He is responsible for all public safety communications statewide, and he is also the Governor-appointed State Point of Contact (SPOC) for Texas.

“Todd shares the FirstNet vision for collaboration and partnership, and brings a pragmatic focus to the needs of public safety. His position with the State Police enables him to experience firsthand the evolving challenges faced by public safety, and also see the opportunities that FirstNet can deliver. He brings passion and dedication to the job and to the FirstNet mission, and his expertise and hard work will benefit both the PSAC membership and the FirstNet Network.  His vision for the PSAC will yield challenging work and new successes, as the collective expertise of this group and public safety is more necessary now than ever before,” Horowitz said.

Early replaces Interim PSAC Chairman Paul Patrick, who recently became a member of the FirstNet Board.

PSAC will hold its next meeting on Dec. 11 in Tyson’s Corner, Va.