On Saturday morning, Ken Mitchell Waddell, 30, of Crossville, Tenn. kissed his wife, Cadie, and their five children goodbye and drove 45 minutes to Cookeville to help erect a 70-foot guyed tower for a ham radio operator on private property. 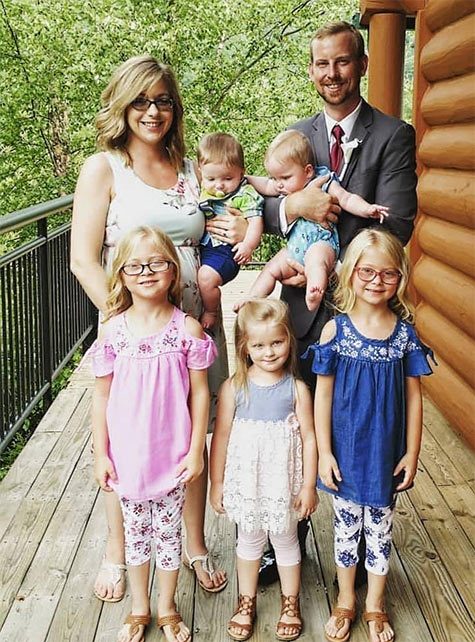 Kenny Waddell, above, passed away Saturday afternoon, leaving behind his wife and five children under the age of seven.

Late in the afternoon, expecting him to be home shortly for dinner with their five children, she  received  the horrific news that her husband had passed away when the structure he was erecting collapsed.

As a tower climber for more than 12 years with his most recent position being a construction manager for MasTec Network Solutions, Waddell and Dale Darling did a pre-check of the new anchors to ensure that they were structurally secure and then proceeded to erect the new Rohn 25G tower.

Waddell was the only individual on the tower when he was preparing to attach the second set of guy wires at 70 feet. A previous set had been installed at the 40-foot level.

Darling, a long-time ham radio operator, informed Wireless Estimator this morning that suddenly one guy let loose from the anchor and the tower collapsed, plummeting Waddell to the ground on the section he was tied off to.

Although one news report said that “apparently a guy wire stabilizing the tower on a turnbuckle snapped,” Darling said that it was not a failure of the guy wire or the half-inch turnbuckle, but it appeared to have been caused by a shackle failure.

Putnam County investigators searched for the shackle, but could not locate it on the Franklin Court property, according to Darling.

Waddell was pronounced dead at the scene.

Cadie said she has been overwhelmed by the support she has been receiving from family and friends, and from management and Kenny’s associates at MasTec, even though the voluntary side project had nothing to do with her husband’s employment. 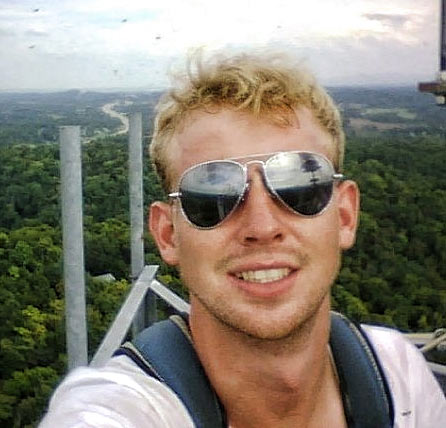 Construction Manager Kenny Waddell began climbing when he was in his teens and loved the profession, but most importantly, he loved his God, his wife, Cadie, said this morning. Services will be held on Thursday, Oct. 4, at Cumberland Fellowship Church in Crossville, Tenn.

Her family’s strong Christian faith, Cadie said, is assisting them through their days of grief.

Whereas it’s normal for those left behind to want to assign blame for a loved one’s passing when it wasn’t caused by their actions, Cadie informed Wireless Estimator, “My faith in God is so strong that this accident was out of anybody’s control, and I’m fine with that.”

“He was the person that would brighten up the room. He always put a smile on everyone’s face, and he loved his God and his children,” she said.

In July, Waddell spent a week in Costa Rica on a Cumberland Fellowship Church missionary program that began last year with the construction of a bakery to assist those in need. This Thursday, Oct. 4, services will be held at Cumberland Fellowship Church in Crossville, Tenn. Burial will be at Green Acres Memory Garden. Visitation will be held prior to the service from 10 a.m. to 1 p.m.

Waddell was the sole financial provider for his family and a GoFundMe campaign has been established.

The Tower Family Foundation and the Hubble Foundation have also reached out to assist Cadie and her five children.