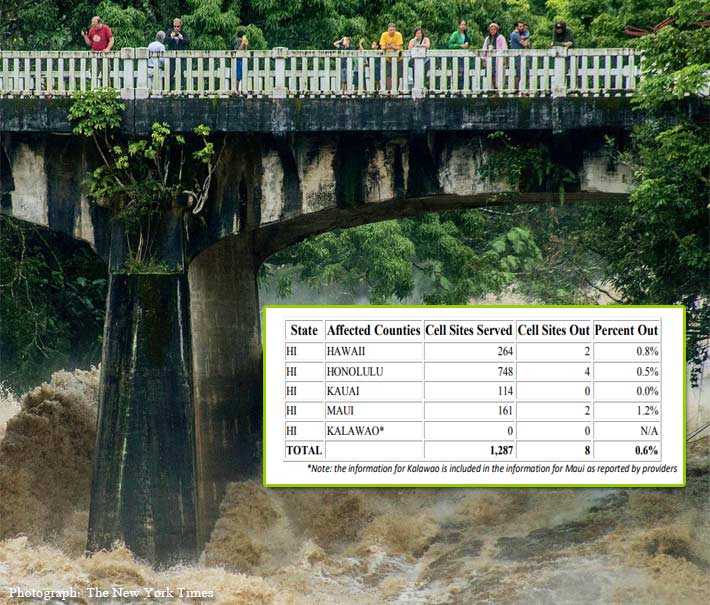 Fortunately for the Hawaiian Islands, the storm that began as Hurricane Lane and ended as a tropical depression, had next to no impact on communications, according the final report of the FCC yesterday that showed that only eight cell sites were out of a total of 1,297, representing only a 0.6% outage.

However, Hurricane Lane drenched parts of Hawaii with 3-4 feet of rainfall.  One weather station reported the third-highest “total rainfall from a tropical cyclone in the United States since 1950,” according to the National Weather Service says. The slow-moving storm caused floods and landslides as it moved west of the islands, back out over the Pacific Ocean

Other information provided by the FCC included:
Television stations status:

monitored stations were on the air, including all four local primary EAS stations (KNUI/550, KSSK/590,

KPUA/670, and KHLO/850). Stations confirmed operational by county were: