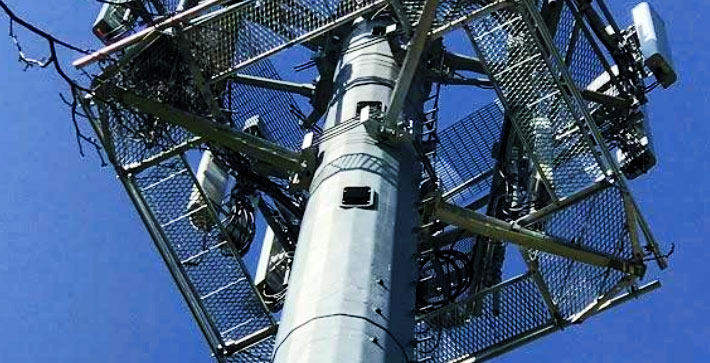 A homeowner living off of Center Hill Rd. in Plymouth, Mass. contacted the Massachusetts Environmental Police (EP) on May 17, informing them that she was watching ospreys nesting near the top of a nearby cell tower when “I saw men in harnesses come up the tower and, whey they got to the top of the platform, kick the nests off.”

Following an investigation by the EP, according to the agency’s  press secretary, “An Environmental Police officer investigated and concluded that the nest was not active, so no violation occurred.”

It appears that the state’s environmental authorities believe that the presence of eggs or chicks are the only determinant of activity.

Interior Department’s opinion weakens Obama era enforcement
However, even if there was an egg in the nest and the technician said he didn’t see it, it is unlikely that the EP would actively pursue a fine of up to $15,000 following an Interior Department solicitor’s opinion in December stating that agencies should no longer prosecute companies that “incidentally or accidentally” kill protected birds, and the legal opinion might also extend to disturbing nests.

A tower company executive, requesting anonymity, said that the Trump administration’s reinterpretation of the Migratory Bird Act that rolled back Obama-era protections has been a welcomed relief.

“We’re all concerned about the welfare of ospreys, but over caution requires us to bring in a biologist, even though we’re quite sure it’s not an active nest,” he said.

The complainant, who only wanted to provide her first name, Melissa, informed the  Plymouth Old Colony, “To say that there was no osprey activity there is a big fat lie. I am not the only one to have seen the birds. Now that their nest has been destroyed their instinct is to come back to the same spot, use the same materials to build their nests again and that’s just what they are doing.”

The tower is owned by Industrial Tower and Wireless (ITW), the nation’s 15th largest tower owner.

ITW Vice President Tom Lennon informed the newspaper, “If there were osprey on the tower, our work crew wouldn’t have climbed the tower at all. They’re making a mountain out of a molehill. Those ladies are blowing this out of proportion. There are no birds, no hatchlings. It’s typical sour grapes.”

Lennon was alluding to the neighborhood residents who campaigned to have the tower denied by local authorities in 2011. They had numerous lawn signs asking officials to reject the site request and created a web site to further their opposition.

A petition against the monopole on the web site received 300 signatures, one of them from a Melissa C. of Center Hill Rd.

ITW President Mike Umano offered an explanation to the newspaper of what had occurred and what the company’s osprey policy is.

“I spoke with the foreman of the work crew and his partner,” Umano said, “who told me that the EP had come to the site, did their investigation, and determined it was not an active nest and that there were no issues how they handled the situation.”

“We take it seriously not only from the standpoint of the birds, but just as importantly, from the perspective of the safety of our men on the towers,” he said.

“Osprey can be very aggressive. It’s a dangerous occupation. When we encounter a nest before we even climb, we determine if it’s an active nest. We typically observe it for a time on the ground, bang on the tower or monopole and see if there is anything in the nest. When we have an active site our policy is to stop what we are doing and contact a wildlife biologist.”

Ospreys have never been formally listed as endangered or threatened by the U.S. Department of the Interior but are designated an “ecologically sensitive” species by the U.S. Forest Service. The bird is protected under the Migratory Bird Treaty Act, which provides protection for all birds of prey.

In consultation with the U.S. Fish and Wildlife Service, the Massachusetts Division of Fisheries and Wildlife’s (MassWildlife)  standard policy with nests on manmade structures, such as a cell tower, has always been that the owner, or anyone else with legitimate maintenance or management duties or responsibilities associated with the structure, can remove a nest that does not contain an egg or flightless chick.