Tower Technician David Fernandez passed away Friday afternoon in New Mexico. A mount failure is being investigated by OSHA.

A 28-year-old tower technician was killed Friday afternoon in an industry accident that occurred off of NM 14 northeast of Albuquerque, N.M.

According to sources knowledgeable of the incident, David Fernandez of Las Cruces, N.M., employed by Enertech of New Braunfels, Tex., was performing a Sprint antenna change-out on a water tower in an all-terrain man lift when he fell to the ground. 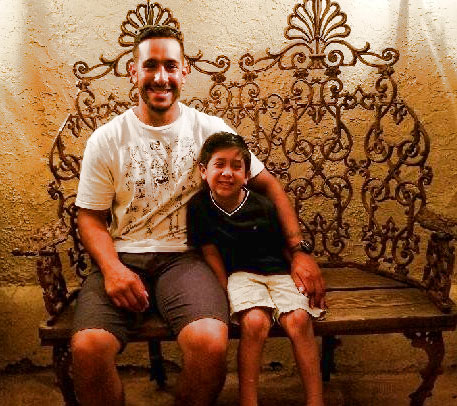 The existing mount reportedly fell to the ground with him and the incident is being investigated by New Mexico OSHA. An agency official informed Wireless Estimator that they could not provide the physical address of the water tower or any additional information until their investigation is completed.

It is not known how the antenna mount was attached to the water tower. Common installation practices include mechanical, epoxy or magnetic attachments since welding oftentimes destroys the tank’s protective membrane.

Over the years, contractors have been called upon to repair epoxy failures.

An executive of Enertech, which also has an office location in Albuquerque, provided the following statement to Wireless Estimator regarding the fatality.

“We are deeply saddened by the recent loss of one of our employees. Our thoughts and prayers are with his family and loved ones. We are cooperating with the ongoing investigation and have agreed not to comment any further on the incident at this time. Enertech reaffirms our commitment to safety and our dedication to aggressive and continuous improvement of the safety culture of the tower industry. Our robust safety and training programs help set the industry standard. We learn from – and build on – everything we do and will seek to improve wherever we can as part of our commitment to bring home every employee, every day safely.”

A GoFundMe campaign has been set up to assist Fernandez’s survivors, his mother, Monica Nava, and his son, David Joseph Fernandez ll.

The Tower Family Foundation and the Hubble Foundation have also reached out to offer assistance.

Enertech, one of the industry’s largest wireless infrastructure companies, has approximately 400-to-500 employees in the field and has been recognized for its multiple safety training facilities and the company’s outreach in assisting NATE and the NWSA in their safety programs. They are also a member of the NATE STAR Initiative.

“We had a company-wide stand down and tried to grasp how this could have happened, and what we can do to ensure that no other tech in any other company will be compromised by a similar situation,” said one Entertech technician requesting anonymity.

Fernandez is the fifth industry fatality this year.