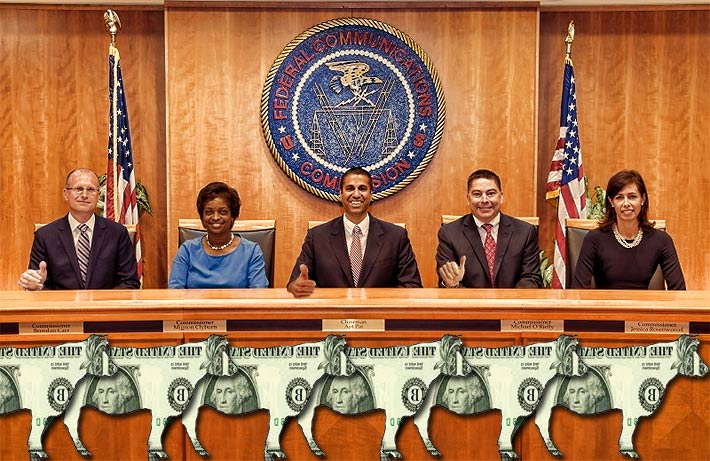 The FCC helped clear the way for wireless providers to deploy hundreds of thousands of small antennas for use in 5G services by easing historic and environmental reviews before equipment is installed, and limiting American Indian tribes’ authority over the installations.

In a 3-to-2 Republican-led vote for its Wireless Infrastructure Streamlining Report and Order, the FCC said that installing the small cell equipment doesn’t trigger reviews under federal historic and environmental preservation rules.

In addition, small cells planned for deployment on tribal lands will continue to receive historic reviews, and tribal officials will receive better and faster information to speed deployments on their lands.

The National Congress of American Indians and United South and Eastern Tribes Sovereignty Protection had recently informed the FCC that the rule presented an “overall approach that would be detrimental to tribal governments, tribal culture and tribal historic resources as well as contrary to the commission’s trust responsibility.”

“If this item moves forward, cultural and historic resources will inevitably be damaged by wireless infrastructure,” officials wrote in the filing.

According to Carr, who authored the proposal, only 0.33 percent of the federal reviews actually resulted in changes to planned deployments.  He said almost 30 percent of the cost of deploying each small cell came from NEPA and NHPA reviews, which if eliminated would save “at least $1.56 billion” during the 5G rollout process.

A recent study by Accenture projects that these reforms will save Americans $1.56 billion over the next eight years, which in turn could create 17,000 jobs and result in over 55,000 new wireless deployments.

“You can stick with the regulatory status quo or you can have 5G,” he said. “You can’t have both,” Pai said.

Commissioner Michael O’Rielly accused a scant number of tribes of trying to turn “tower and antenna siting into the latest cash cow.”

Both Commissioners Mignon Clyburn and Jessica Rosenworcel didn’t want the rule to be voted on today because they believed the tribal concerns hadn’t been discussed enough to draw the right conclusion.

The National Association of Tower Erectors applauded the “FCC for their leadership in taking a major step forward to help cut the red tape, unnecessary deployment costs and delays that are associated with the small cell installation process,” said Board of Directors member Jimmy Miller from Gulfport, Miss.“Today’s actions will help ensure a more seamless approach as NATE member companies densify networks through small cell deployments in the run up to 5G,” added Miller.

The Competitive Carriers Association, in a Tweet, said: “We thank the FCC for adopting the infrastructure order, aimed at streamlinging infrastructure siting policies. Rural America is one step closer to getting 5G ready.”

“We appreciate the FCC’s effort to remove regulatory barriers to the deployment of wireless infrastructure. The FCC’s action today is designed to help our country realize the benefits of 5G. After many years of work, we are pleased the FCC has taken significant steps to modernize the tribal consultation notification system so that all parties benefit from clearer review processes, timelines, and associated fees, while protecting culturally and historically significant heritage sites. WIA looks forward to reviewing the details of the Order and working with the FCC as the agency continues to identify ways to streamline broadband deployment.”

AT&T was also elated with the Commission’s vote.

“With today’s order, the FCC once again is taking the right steps to put America on pace to be the 5G leader of the world,” said AT&T Executive Vice President of Regulatory and State External Affairs Joan Marsh in a statement. “This order will modernize the environmental and historic preservation rules that were drafted decades ago for large macro cell towers, not today’s small cell infrastructure. This order recognizes the significant benefits that small cells will bring to communities across the nation and will accelerate the scale and scope of their deployments by removing excessive delays and costs.”