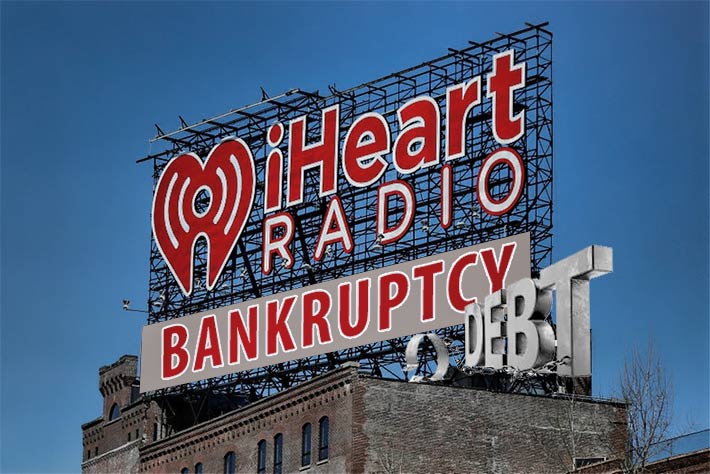 In a prearranged bankruptcy worked out with creditors, debt burdened radio conglomerate iHeartMedia, with 850 stations, many of them losing money, has been giving some breathing room to shed under-performing stations and focus upon growth potential stations that are profitable.

The company has been saddled with $20 billion in debt, the legacy of a leveraged buyout in 2008. In a statement, the company said it had reached an agreement with the holders of more than $10 billion of its debt.

Of the 30 largest unsecured claims, Vertical Bridge is the 14th largest, being owed $2,229,901 under a lease agreement.

“We are excited to add this high quality tower portfolio to our existing assets,” said Alexander L. Gellman, CEO of Vertical Bridge Holdings, LLC in the deal’s announcement. “We are looking forward to a strong partnership with iHeartMedia”

Under the terms of the agreement, Vertical Bridge has the exclusive rights to antenna and small cell site deployment across CCOA’s multi-platform footprint.These small cell base stations will significantly improve concentrated bandwidth and enable capacity increases for mobile services, while enhancing the user experience.