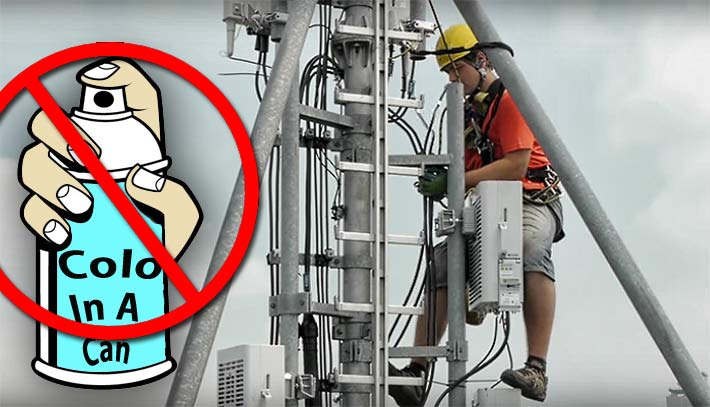 In the past, site acquisition professionals had to debunk the belief that cell sites were going to be so small in the future that communities would be left with an abundance of unnecessary rusted, teetering macro sites.

The newest hurdle they might face is that Drexel’s College of Engineering has published research that they have found a method for spraying invisibly thin antennas, made from a type of two-dimensional, metallic material called MXene, that can perform with “the same range of quality as current antennas.”

In an article published in September, Drexel said the ability to spray an antenna on a flexible substrate means that there will be a lot of new places to set up a network.

Although the article does state that the MXene-sprayed antennas will enable seamless integration of antennas with everyday objects , which will be critical for the emerging Internet of Things, a video  (below), produced by Drexel begins with a tower tech on a cell tower, and later shows another tech installing an antenna, with the narrator stating, “Just imagine the things that we could connect with if installing an antenna was as easy as doing a little spray painting.”