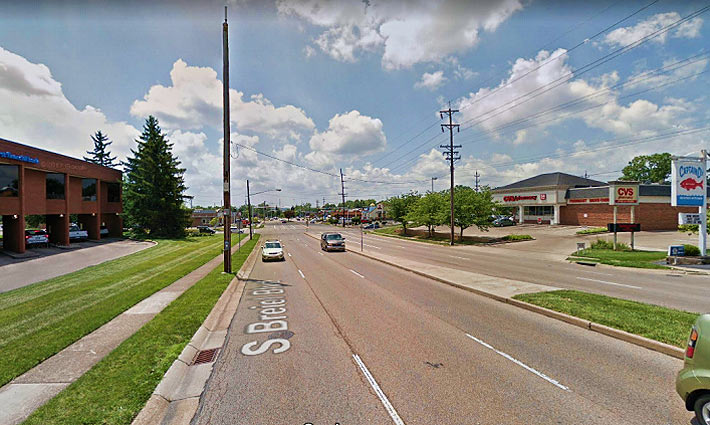 Sprint paid $11,800 in tribal historic review fees for this new small cell next to the highway in
Middletown, Ohio.

In a short letter to the FCC with four photographs , Sprint has easily identified the outdated review processes that have become a significant barrier to 5G deployment with small cells.

According to Sprint Senior Counsel Keith C. Buell, the tribal review process that is part of the National Historic Preservation Act (NHPA) allows fees to be levied against Sprint even if tribal lands aren’t involved.

As an example, Buell said the carrier paid $12,200 in tribal historic review fees for a new small cell outside a steel factory in East Chicago, Ind.

“After paying fees to 25 tribes, they concurred that the pole installation would not affect tribal historic properties,” Buell wrote in his letter to FCC Secretary Marlene H. Dortch.

Sprint said it has examined its costs for tribal historic review for new pole installations in rights of way for the past two years and the average costs for tribal review per constructed site was $8,251.

The carrier noted that Hawaii and the West Coast are the cheapest, in the range of $500 to $2,000, while the Midwest is the most expensive. Review in Indianapolis exceeds $15,000 per site.

Sprint acknowledged that the disparity in costs is more due to the number of tribes requesting review rather than the fee per tribe for each review.

Industry analysts have estimated the cost of a small cell installation at approximately $35,000, which is roughly consistent with Sprint’s experience, Buell said.

Sprint said that the $23 million in review fees it has paid could have been used to deploy 657 new sites to provide increased capacity and coverage to its customers.

Sprint has announced plans to build at least 40,000 new small cell sites over the next few years. Those will be a mixture of collocations, replacement poles, and new poles.

Sprint said it is still analyzing its network plans to determine where it will build with collocations or pole replacements and which will require new poles. For every 10,000 sites that require a new pole, tribal historic review costs will exceed $82 million if the Commission does not reform infrastructure regulations, Buell wrote.