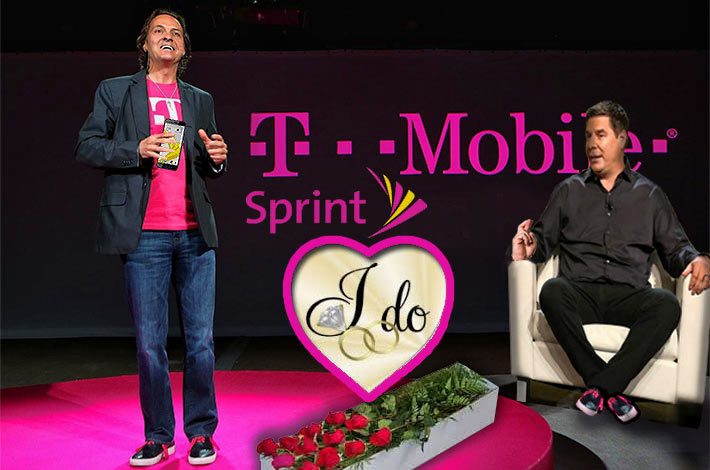 After years of negotiations, T-Mobile and Sprint announced today that they have finally agreed to tie the  knot and will merge in an all-stock transaction of 9.75 Sprint shares for each T-Mobile US share. Based upon Friday’s closing share prices this represents a value of approximately $59 billion for Sprint and approximately $146 billion for the combined company.

The new company will be named T-Mobile and will be headquartered in Bellevue, Wash., with a second headquarters in Overland Park, Kan.

It is expected that by tomorrow Crown Castle International and SBA Communications will announce how the merger impacts their revenues.

Sprint and T-Mobile have tried unsuccessfully to merge in the past when they were blocked by the Obama administration.

Their message to the Trump administration is expected to be that allowing them to merge will create a better 5G network than either company could have accomplished alone.

If the merger is approved, T-Mobile would have over 100 million subscribers, slightly ahead of AT&T with 93.6 million.

Senator Amy Klobuchar of Minnesota said in a statement, “I remain concerned that increased consolidation could undermine benefits to consumers.”

“This combination will create a fierce competitor with the network scale to deliver more for consumers and businesses in the form of lower prices, more innovation, and a second-to-none network experience — and do it all so much faster than either company could on its own,” Legere said in a statement.

The major tower owners are expected to state that the merger will benefit the industry at large since they don’t want to alienate T-Mobile.