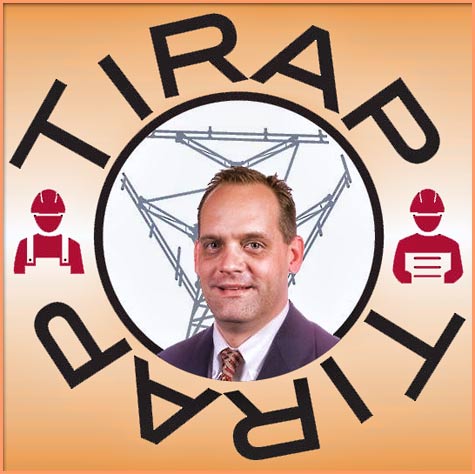 David Sams will lead TIRAP as its new Chairperson

TIRAP is a joint venture of telecommunications companies, industry associations and the U.S. Department of Labor (DOL) that develops DOL-credentialed apprenticeship programs and makes them available to qualified employers for workforce development.

“I’m honored with the opportunity to chair such an important organization,” Sams said. “Thanks to Scott, we have achieved several milestones over the past four years. It’s my goal to continue our efforts in recruiting employers and employees into the apprenticeship program. The Trump Administration is very much in favor of expanding apprentice programs, and TIRAP is the only telecommunications industry driven program connecting people with companies. I’m also looking forward to our continued work with the National Wireless Safety Association and the National Association of Tower Erectors as we work to train, test and credential skilled employees who are responsible for the wireless communication systems that is available in our country.”

TIRAP’s mission is to partner with industry stakeholders to promote safety, enhance quality, and enable education and advancement opportunities in the telecommunications workforce that will meet network infrastructure build out needs. Since its inception, TIRAP has outlined an apprenticeship framework and credentialed a total of seven occupations through DOL.

As National Sponsor of TIRAP, WIA serves as the link between the employers and the registered apprenticeship program. WIA manages and coordinates the development of apprenticeship programs for each participating employer, and fields all inquiries from telecommunications companies interested in learning more about TIRAP.

WIA represents the businesses that develop, build, own and operate the nation’s wireless infrastructure. Members include wireless carriers, infrastructure providers, and professional services firms that collectively own and operate telecommunications facilities around the globe. WIA supports its diverse members and the entire wireless industry through advocacy, communications, events, and education.