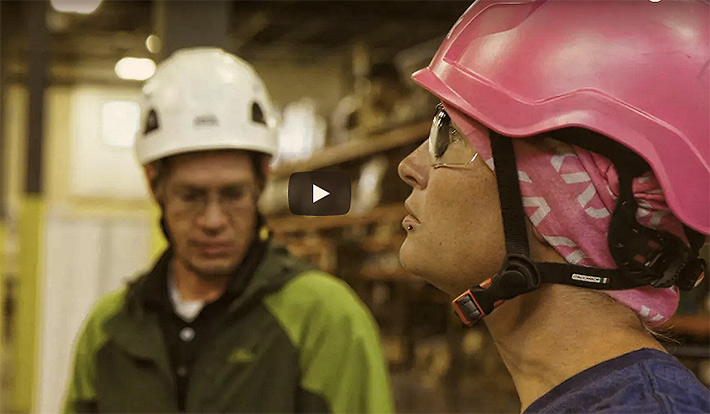 The National Association of Tower Erectors (NATE) has unveiled a video highlighting the National Wireless Safety Alliance (NWSA) worker certification programs as the second to debut in Volume 3 of the Association’s critically acclaimed Climber Connection series.

The video, entitled “NWSA: A New Badge of Honor” focuses on the transformative and portable certification offerings now available in the marketplace to the communications tower workforce. The fast-paced video also provides a comprehensive overview of the steps and processes involved for workers to achieve NWSA certification.

“NWSA’s nationwide, portable and verifiable worker certification programs are a game changer for the industry,” said Justin Pitts from East Coast Communications who is a NWSA Accredited Practical Examiner and certified worker. “This video does a great job educating industry employers and employees on the benefits associated with NWSA credentials and the steps involved in order to ultimately achieve certification,” added Pitts.

Click HERE to watch the NWSA Certification Video. NATE encourages tower technicians and industry stakeholders to actively participate in this campaign by posting the video on their respective social networking platforms using the hashtag #ClimberConnection. NATE also encourages industry workers to share their comments on the video through social interaction on the Association’s Facebook and Twitter pages.

The Climber Connection Volume 3 campaign was developed by the NATE Member Services Committee in conjunction with the NATE Safety & Education Committee and is designed to provide specific resources and communicate the Association’s message directly to the industry’s workforce.