The FCC today released an extensive report on the robocall problem in America, a key concern of consumers.

“No consumer wants to be bombarded by spoofed robocalls—they’re a waste of time at best and a scam at worst,” said FCC Chairman Ajit Pai.  “As this report makes clear, we’re steadfastly focused on addressing this serious problem.

“There’s no easy or single answer, but by using every tool in our toolbox, we are fighting against the onslaught of unwanted calls that has led a lot of consumers to stop answering the phone altogether.”

Those are calls that appear to be from your local area to entice you to answer the phone, but more often than not are actually coming from a company overseas that is trying to scam the consumer or sell unsolicited products.

The FCC said it will push for new technology to screen out many nuisance calls before they can make it to your phone in a technology package called “Caller ID Authentication.”

“American consumers are sick and tired of unwanted robocalls. Caller ID authentication will be a significant step towards ending the scourge of spoofed robocalls,” said Pai.

“If it appears major carriers won’t meet the deadline to get this done this year, the FCC will have to consider regulatory intervention.”

Below, are select fines that were issued by the FCC. 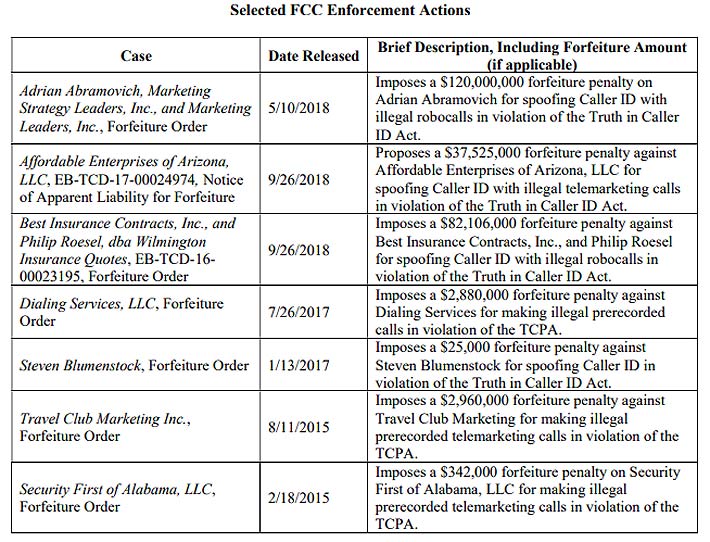