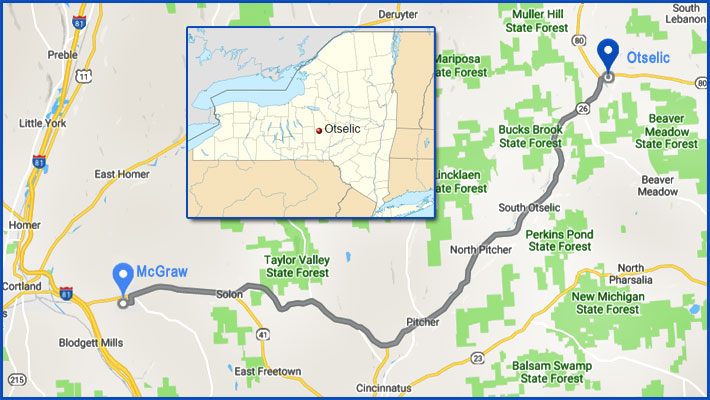 Authorities arrested 49-year-old Howard C. Williams after he allegedly stabbed his coworker multiple times. He was tracked down in a hotel in McGraw, NY, approximately 25 miles away from the Town of Otselic where the incident took place during an AT&T installation.

The Chenango County, New York Sheriff’s Office arrested a tower technician on Wednesday after he allegedly stabbed a co-worker multiple times when the two got into an argument at a tower site in the Town of Otselic.

Lt. Joshua Gould informed Wireless Estimator that the men were working on an AT&T installation at a tower site off of Rt. 26 when the altercation took place.

Bronx, NY resident 49-year-old Howard C. Williams allegedly stabbed his unnamed co-worker around 10 a.m. and then returned to his hotel approximately 25 miles away in McCraw where he was tracked down and arrested.

Williams was charged with a felony count of second-degree assault and was remanded in the Chenango County jail with bail set at $10,000 cash to await further court action.

If convicted of the assault charge, he could face up to seven years in state prison.

Authorities did not immediately know what the argument was about.

The victim was hospitalized in serious, but stable condition. Gould did not know who the techs’ employer was.

The tower is reportedly owned by Chenango County Bureau of Fire & Emergency Management.

Otselic, with a population of approximately 1,000 residents, is an underserved broadband community with 26 people per square mile.