Magnetochemistry, a peer-reviewed international scientific journal, retracted an article they published on May 5, 2019 from a controversial New Zealand researcher who believes that scientists are suppressing evidence that people are being harmed by radiofrequency radiation. 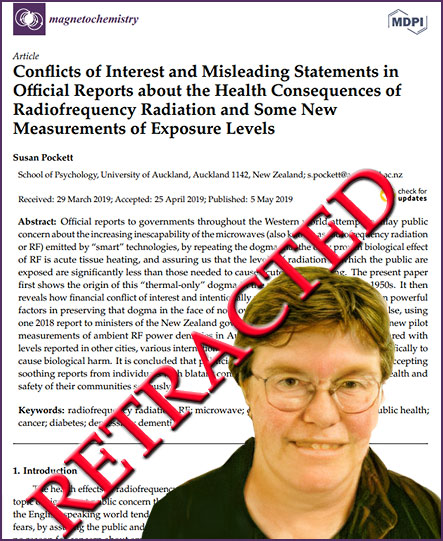 Although Susan Pockett’s white paper was retracted, thousands of viewers read and possibly downloaded the unsubstantiated charges and will use it to further inflame anti-5G supporters that the frequencies are untested and might cause cancer.

Susan Pockett, a psychologist at the University of Auckland in her paper titled  “Conflicts of interest and misleading statements in official reports about the health consequences of radiofrequency radiation and some new measurements of exposure levels,” said that the Western world’s attempt to allay public concern about the harm that can be caused by RF is misguided, and there are blatant conflicts of interests.

But the journal’s retraction notice said Pockett’s article offered no new data to support her claims. In fact, it says, the paper is a scientific dead zone, according to Retraction Watch’s reporting that broke the story.

Pockett said that she does not agree with the reasons given by Magnetochemistry for retraction of her paper.

“I think it is fairly clear that this is an example of political interference in the normal processes of science. The paper was nobbled, by one of the many large entities (governments, regulatory agencies, Big Wireless) who would have found the facts it states inconvenient,” Pockett informed Retraction Watch in a statement.

In short, she said, “the journal had been willingly afflicted by exactly the sort of conflict of interest the retracted paper is about.”

Over 3,000 people have viewed and possibly downloaded her white paper without the overlaid retraction notice and it’s likely that it will provide new undocumented ammunition for 5G cancer activists 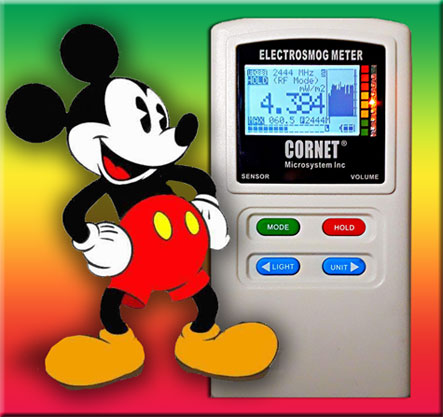 The ‘Electrosmog,” a new and improved version that has a harder case and more buttons was described by one RF engineer as a “Mickey Mouse monitor”

The spec sheet states: ED88 is designed for quick living environment RF radiation evaluation and is for reference use only. Official RF safety radiation measurement procedure is complicate (sic) and should be handled by trained technical person with lab instruments.

In a Q&A column, a customer last year asked: Will this detect/ measure/ display 5G transmissions from towers or commercial antennae? Their answer: At this point in time we are unsure which frequencies 5G will use. If it is below 8 GHz then yes.

The testing unit was incompetent for what Pockett was using it for, according to two RF engineers who reviewed it for Wireless Estimator, one calling it a “Mickey Mouse monitor”.

Identifying that the monitor will only “give a home or business owner a basic understanding of RF and EFF exposure in their environment,” the manufacturer states in the product description, “If you are comparing your measurements to the Institute for Building Biology Guidelines and wish to achieve levels in the no concern range, a more sensitive meter is required.”

However, like Pockett’s white paper,  the Institute for Building Biology and their Electromagnetic Radiation Degree garners no praise from RF engineers