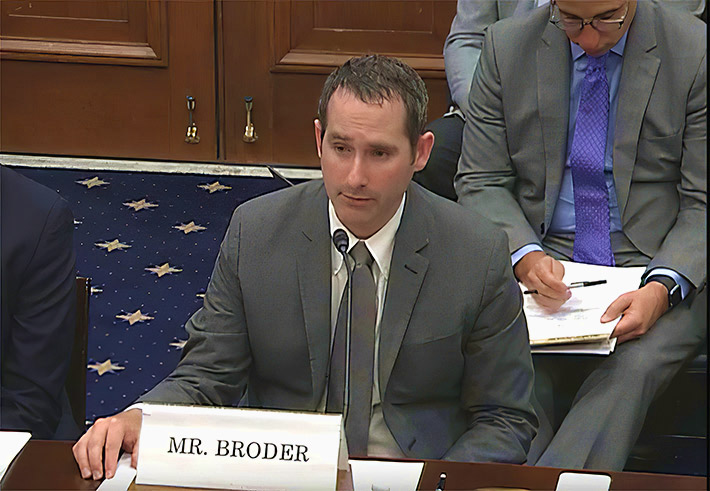 In a hearing before the House subcommittee on Innovation and Workforce Development Tuesday, one of the nation’s largest telecommunications contractor’s CEO informed its members that the advancement of the Telecommunications Industry Registered Apprenticeship Program (TIRAP) was burdened by state and federal conflicts and that 5G’s deployment is going to be delayed by a number of years due to the shortage of qualified workers.

Tilson CEO Joshua Broder informed Committee on Small Business Chairman Rep. Jason Crow that in Tilson’s implementation of the TIRAP program they have trained 80 technicians in the program, “and to date we have only been able to get reimbursement for eight which was facilitated I think by original program funds secured by the Wireless Infrastructure Association.”

“So far, we’ve been unsuccessful at prevailing in navigating the administrative requirements at the federal and state level. Most of the apprenticeships we’re interacting with are fundamentally adjudicated at the state government level and I don’t believe, even with full-time staff focusing on the administrative barriers associated with participating in the apprenticeship, have we been able to secure reimbursement,” said Tilson.

In addressing apprenticeship programs, witness Ronald Marlow, Vice President for Workforce Production, National Urban League spoke about the fundamental problems of apprenticeships “when you have a system in which 50% of the system is administered at the state level and the other at the federal level.”

Marlow said during the hearing if the country is going to have an industry-based program there must be a system of licensure or certification that would allow it to be mobile across all 50 states.

Marlow said that Secretary of Labor Alexander Acosta “heard that clearly, heard it well and is now engaging the National Governors Association in ways in which the governors, many of whom have embraced registered apprenticeship as a way of fulfilling the needs of employers in their state, to look at such things as a compact if you will such that licensure or certification in one state would be good in another state as a way of again making registered apprenticeship transportable across the system as a whole.”

Broder also informed the committee that the skills gap and particularly the employment gap would delay the implementation of 5G.

“In my company we have a hundred empty positions. In the context of a 550-employee company it is a major challenge in the deployment of 5G and we already see in the field we’re currently deploying 5G in dozens of markets around the country today that the lack of skilled and available workers is impacting production schedules. So, we think this could lengthen that deployment by years and needs immediate attention.”

Broder said he believe the Communications Jobs Training Act of 2019 could be a positive step in the right direction in helping to arm companies with skills-based training locally.