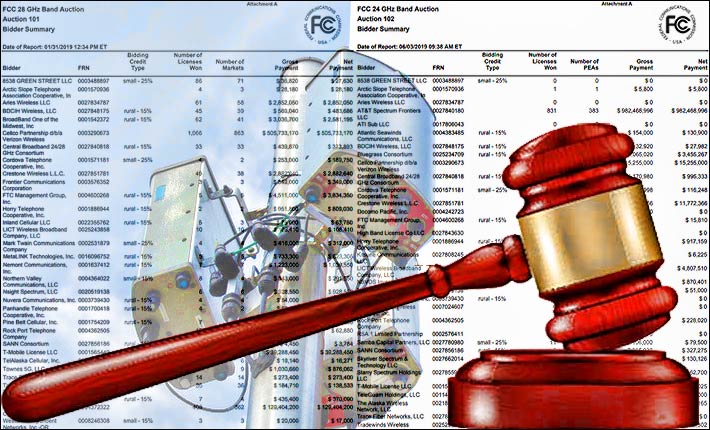 The FCC has released the names of companies (see full list of Auction 101 and Auction 102 below) that won licenses in the recently completed auction of spectrum suitable for 5G deployments in the 24 GHz and 28 GHz millimeter wave bands. In the $2.7 billion raised, AT&T, T-Mobile, Verizon, Windstream, Starry and U.S. Cellular were the big winners. 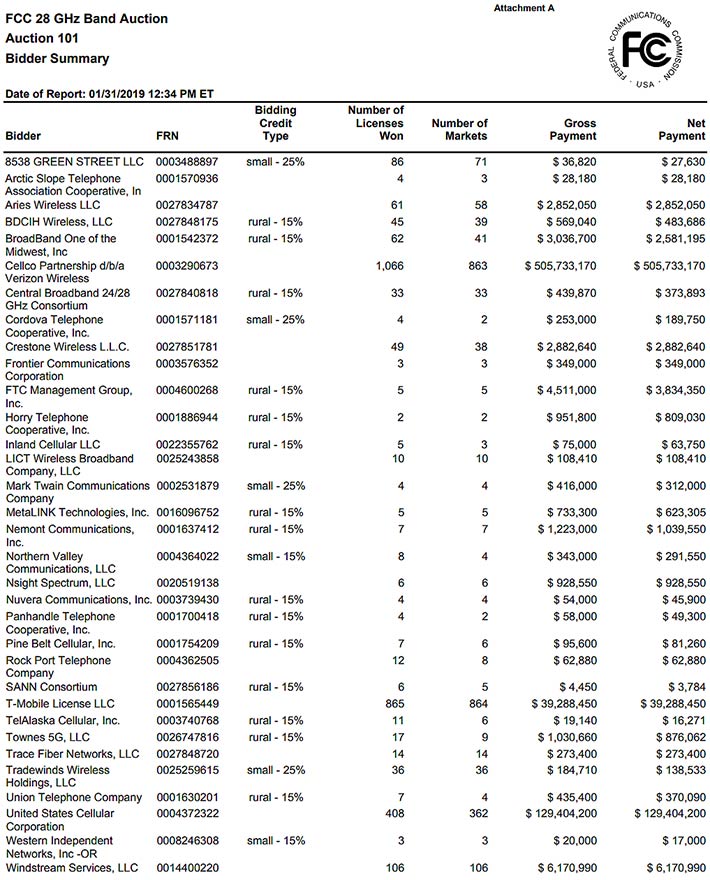 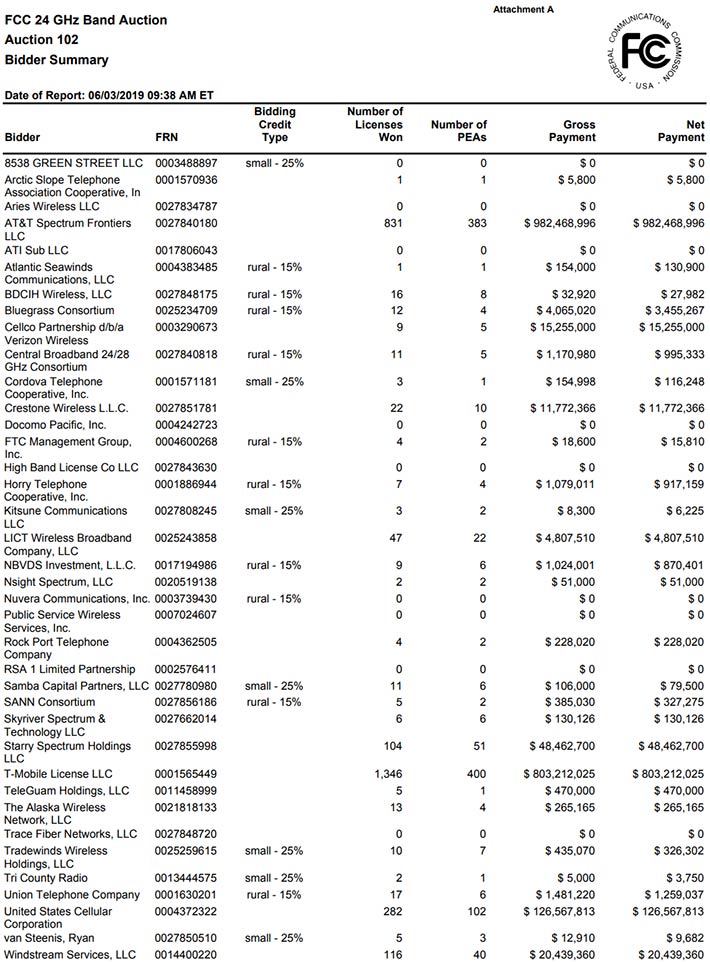