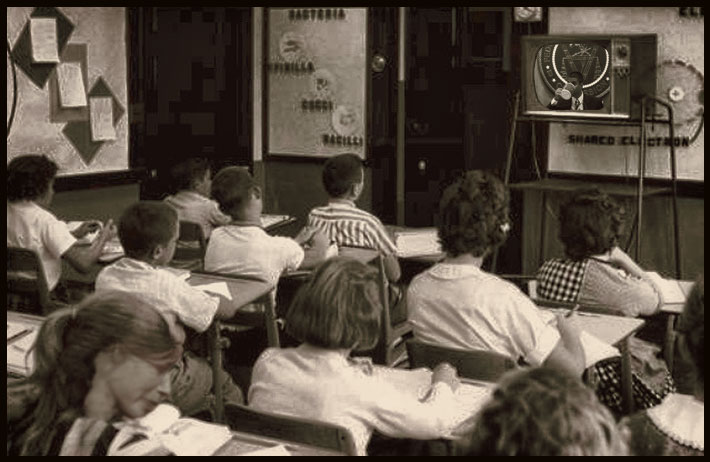 The FCC authorized Instructional Television Fixed Service – now known as the Educational Broadband Service – in 1963. After 56-years of it being underutilized, the FCC is now putting the spectrum out to bid to enhance 5G.

In a controversial 3-2 vote yesterday, the FCC agreed to free up the 2.5 GHz band of wireless spectrum for 5G services.

Known as the Educational Broadband Service, the band had been used for educational purposes since the 1960s by educational institutions and nonprofits supporting education.

The unused and underused mid-band spectrum will now go on the auction block.

The only carrier active in the band is Sprint, which is already using the frequencies for its 5G rollout.

FCC Chairman Ajit Pai described the move as “a major step toward freeing up critical mid-band spectrum for 5G. At long last, we remove the burdensome restrictions on this band, allowing incumbents greater flexibility in their use of the spectrum and introduce a spectrum auction that will ensure that this public resource is finally devoted to its highest-valued use,” he said.

“NATE applauds the FCC Commissioners who voted at today’s meeting to support the initiation of processes that will unleash new spectrum crucial to the industry and country’s future,” said National Association of Tower Erectors Executive Director Todd Schlekeway.

“Industry access to spectrum ultimately equates to more deployment opportunities and NATE member companies stand ready to convert this valuable spectrum into action so that American businesses and consumers can experience the power and conveniences of a 5G-driven economy,” said Schlekeway.

FCC Commissioner Jessica Rosenworcel was against the move, saying the FCC should have been more creative in how it structured the auction and suggested that the agency should allow current educational institutions that hold licenses the ability to decide if they want to offer up their holdings for a cut of the profit

“We should take this model and reimagine it for education in the digital age,” she said.  “While our first incentive auction connected first responders, our next could free midband spectrum for 5G, and connect students,” she said in a statement.

Commissioner Brendan Carr said that the vote brings more good news for U.S. leadership in 5G. Carr said in a Tweet earlier this month that some “national organizations” may be “siphoning millions of dollars” for purposes other than providing the teaching or educational material required. He also believes they might be using it for political activity.

Providing background, Carr said the 2.5 GHz licenses were created in 1963 for schools to transmit video programming.

“The idea was that a school district might have instructional videos that it wanted to beam from a central office to a neighborhood school. Educators, on tight budgets, weren’t likely to have the capacity or know-how to self-provision a niche technology. And so the original service, called ITFS, stagnated.”

One of the largest ITFS systems in America was built by South Carolina Educational TV (SCETV), requiring over 400 towers to be built within two years.

Managing the ambitious project for SCETV was Edgard Hartzog. He passed away Sunday at age 67.

“Once again the Ajit Pai FCC takes spectrum out of the hands of rural communities to satisfy the demands of big wireless carriers that have no interest in serving rural America. Once again, this FCC’s disdain for would-be providers unable to pay hundreds of millions of dollars for wireless licenses widens the digital divide. Once again, Commissioners grandstanding for the press on the ‘race for 5G’ means leaving tens of millions of rural Americans further behind. While Public Knowledge applauds the FCC for opening an application window for Tribal nations, the FCC should have extended a similar opportunity to other unserved and underserved communities,” Feld said.

Commissioners also voted on a public notice finalizing the procedures, terms, and conditions for Auction 103, the incentive auction of high-band spectrum licenses in the upper 37 GHZ, 39 GHZ and 47 GHZ bands. The auction, slated for December 2019, is said to be the largest in American history and will open up high-band spectrum important for 5G to the commercial marketplace.