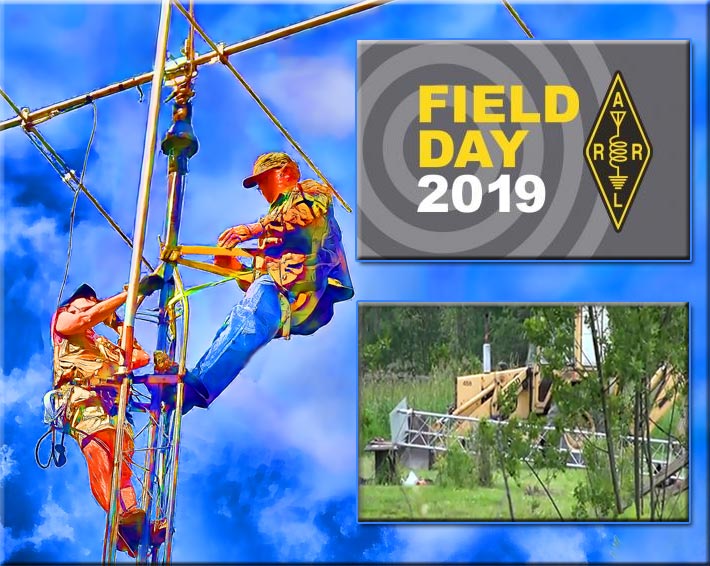 Field Day will see almost 40,000 amateur radio operators come together throughout North America. A fatality on Friday when a tower collapsed (above) is a stark reminder of the need for safety while climbing or installing antennas and towers.

It combines public service, emergency preparedness, community outreach, and technical skills. It also can be deadly.

In 2009, while installing an antenna during a Field Day event, in Michigan, a 57-year-old tower climber died when the tower he was on collapsed.

There have been a number of ham operators who have passed while installing a tower or maintaining equipment on the structure, most recently on Friday. 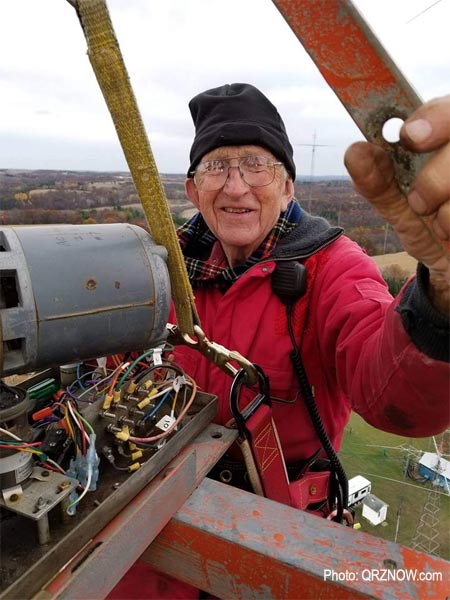 The Reverend Paul Bittner, 84, a well-known amateur radio operator and Field Day participant fell to his death in Wisconsin in October 2014. A member of the CQ Contesting Hall of Fame (2009), Bittner was a well-known and respected figure within the amateur radio community and a prolific contester and DXer.

According to the Pennsylvania State Police, a 62-year-old Union Dale man died when the tower he was working on collapsed.

Authorities have not released the man’s name but said that he was apparently attempting to connect a guy wire to the tower when it came down off of State Route 2069 in Gibson Township.

An autopsy was scheduled to be performed yesterday.

Ham radio operators, most of them who did not have the proper safety training or the requisite safety equipment, have died over the years when the structure they were on collapsed or they were not properly tied off.

Last October, a ham radio operator died when he fell from a tower in Fall Creek, Wisconsin. In 2014, another Wisconsin fatality occurred in Eau Claire.

Incorrect advice is oftentimes shared on amateur radio forums such as one post that stated, “I used to work on towers. It’s not possible to keep your safety equipment fastened all the time. When climbing, descending or moving around the tower, you have to unhook it.”

Many ham radio towers are erected without permits and the foundations installed are inadequate to support the structure’s loads.

Amateur radio is a huge asset to the nation’s security in providing communications support in real disaster and post-disaster situations, and Field Day is the single most popular on-the-air event every June.

Field Day, first held in 1933, is a time where many aspects of amateur radio come together to highlight operators’ many roles. While some will treat it as a contest to contact as many other stations as possible, other groups use the opportunity to practice their emergency response capabilities safely, evading having to contact emergency services personnel following an avoidable fall of a fellow DXer.