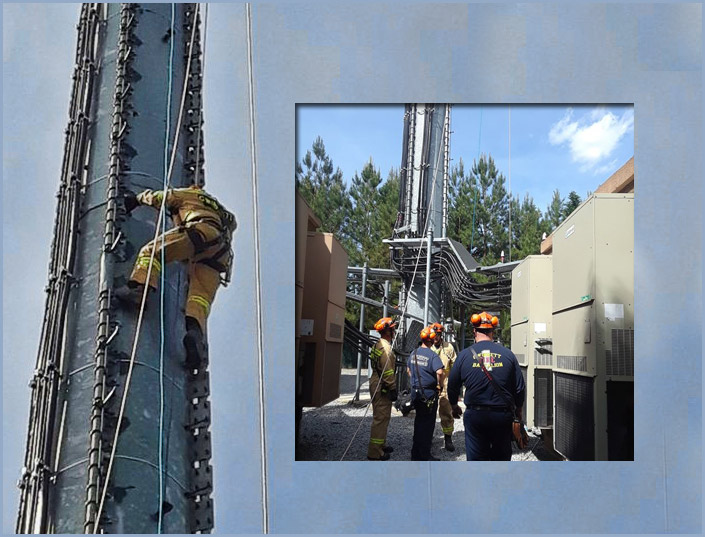 Georgia firefighters were able to rescue an injured tower technician who could not climb down the monopole he was working on Monday afternoon.

An individual knowledgeable of the accident said the injured worker was employed by Infinity Construction of Georgia. The company did not respond to multiple requests for information.

The worker was injured while climbing the tower in the 4900 block of West Price Rd. just before 4 p.m., Gwinnett County Fire and Emergency Services said in a news release.

Firefighters found the man suspended in the air near the top of the tower.  The tower climber was conscious, but he wasn’t able to free himself, the release said.

Two other crew members were with the injured man, but they needed firefighter’s help to get him safely to the ground, the release said. A firefighter with the department’s Technical Rescue Team was able to scale the tower and reach the group.

They were able to rig a rescue harness and belay line to the injured man, allowing them to safely lower him to the ground, the release said. Neither the man’s name nor his injuries were released.

“The operation was methodical due to the fact that rescuers had to stabilize the worker as they prepared him for the long descent,” the release said.

According to FCC records, the 195-foot three-tenant monopole is owned by SBA Communications.

Wireless Estimator will provide additional information regarding the rescue when it becomes known.