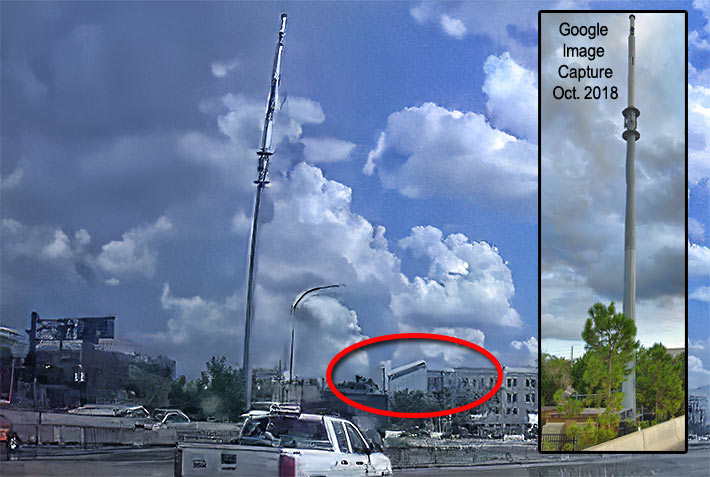 When driving on a highway it’s normal to keep an eye on the road to ensure that you don’t run over construction debris, especially in Orlando, Florida along I-4 as it undergoes a 21-mile facelift in a multi-year transformation project.

However, an I-4 motorist on July 1 could not have anticipated cell tower rubble raining down on their car as they were approaching the Par St. exit.

A dashcam video (below) posted on social media shows a monopole’s shroud at the left side of the windshield peeling off like an onion skin and hitting a red sedan.

The owner of the multi-tenant structure is not known as well as the monopole’s manufacturer or the shroud’s composition.

The Florida Department of Transportation said that no injuries had been reported regarding the incident which, according to media reports, might have been caused by inclement weather and high winds.

However, as can be seen in the video, there was no heavy rain when the shroud was flailing in light wind gusts that were reported to be no more than 10 miles per hour, according to two weather tracking web sites.

The highest wind speed for the month of June in Orlando was 15 miles per hour.

In an October 2018 Google image capture, it appears that a shroud covering some mid level antennas is not installed.