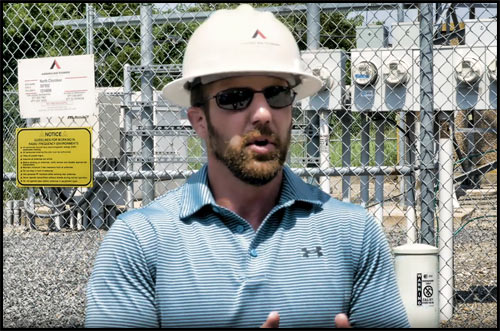 The video shines a spotlight on the prominent role that telecommunications technicians, wireless contractors and vertical real-estate companies are playing in the country’s efforts to provide ubiquitous broadband coverage to rural and underserved areas and also deploy next generation technology essential for 5G.  The informative video includes testimonials from participating companies at the event, including representatives from NATE, American Tower Corporation, B+T Group and Texoma Contracting, Inc. The video also provides a valuable platform to generate momentum for the bipartisan Communications Jobs Training Act of 2019 legislation that has been introduced in the 116th Congress by Congressman Mullin and Congressman Dave Loebsack (D-IA).

“The Second District of Oklahoma is the only congressional district in the country where broadband is available to less than half the population,” Mullin said. “We must work to ensure rural areas are not stranded and that rural Americans are not left behind in the Internet economy. I appreciate NATE, WIN and American Tower Corporation facilitating the tour and NATE for producing this video so the nation can see firsthand the role wireless infrastructure plays in expanding broadband to the communities I serve.”