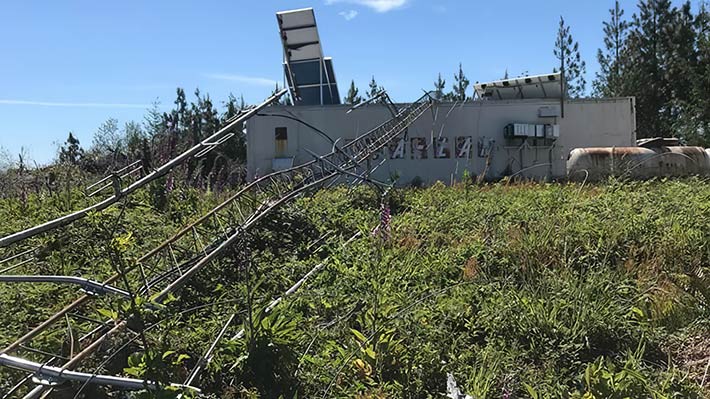 The Coos County Oregon Sheriff’s Office is offering a reward for the identification and conviction of the parties responsible for cutting the guy wires and collapsing a 150-foot guyed tower on Coos Mountain off BLM 26-1027 1 Road, according to a press release from the department.

The damage was discovered Monday morning when a deputy responded to a call of criminal mischief on the mountain. It was determined that over the weekend the guy wires were cut for the tower that is used for emergency communication for loggers, fire personnel and ham radio operators.

“This is an integral piece of infrastructure in the woods in this particular region, especially with the onset of fire season. Loss of this capability is dangerous to responders, and could greatly impact logging and firefighting operations,” the release said.