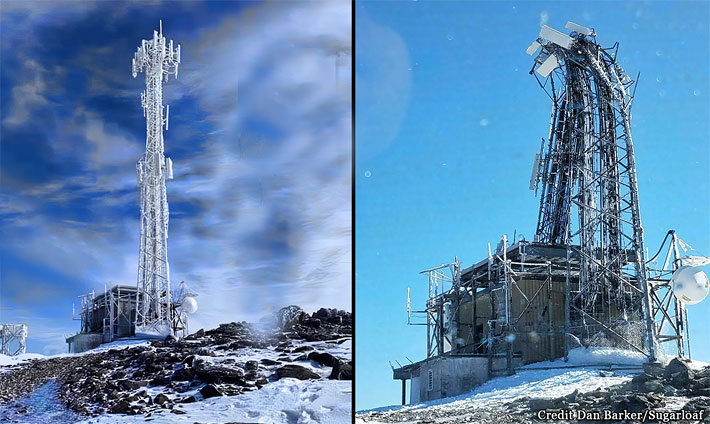 Winds in excess of 100 mph collapsed a 120-foot self-supporting tower on the summit of Sugarloaf Mountain in Franklin County, Maine Monday afternoon.

Although the structure has survived similar or greater wind speeds on the 4,237-foot summit in the past, rime ice and possibly considerably higher winds toppled the structure. Although an anemometer identified that winds did peak at 100 mph, the wind cups then sheared off.

The tower is owned by Somerset Telephone Co., which does business as TDS Telecom. Its tenants include three cellphone carriers as well as other tenants such as U.S. Homeland Security.

“The two-story building under the tower site remains operational with power and heat, according to data being collected from the unmanned site,” according to a TDS news release. “Once conditions improve, a full site evaluation will be conducted and plans for tower restoration will begin.”