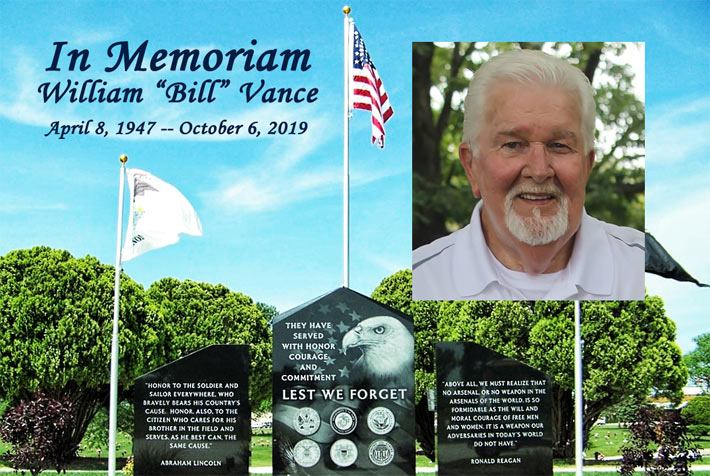 Active in the wireless construction industry for many years and a strong safety advocate, William Leon “Bill” Vance, 72, of Taylor, MO passed away on Oct. 6, 2019.

Vance had been selling pagers and entered the industry when he joined Rhodes Tower Services.

Vance retired from Midwest Underground Technology Inc., where he served as Vice President of Operations.

“He always had a soft spot in his heart for NATE,” said his wife Jan, who attended some of the association’s conferences. “I know that he mentored many and safety was a priority.”

In 2004, Vance and Steve Wilder founded the Communications Industry Training and Certification Academy (CITCA). He was also a frequent go-to resource for Wireless Estimator for advice regarding safety initiatives.

Vance was a proud veteran of the U.S. Navy, where he enlisted at the age of 17 as a radarman and served two tours in Vietnam. He also helped start the VFW in Mount Sterling,

He was preceded in death by his mother; two brothers, Alvin DeJaynes and Michael DeJaynes; and one grandson, Shadley Michael Vance.