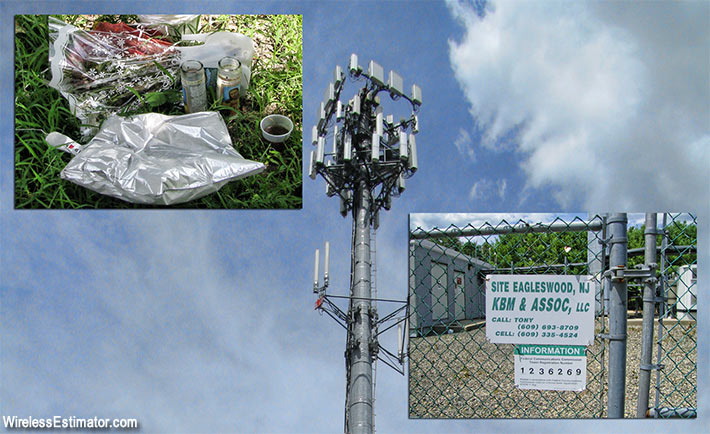 With no media coverage and the lack of a timely OSHA investigation filing, since June 28, 2019, the only indication that there was a fatality at this 150-foot monopole site in West Creek, New Jersey, was a memorial consisting of a deflated balloon, candles and a wilted bouquet of flowers.

After six weeks of investigating leads, Wireless Estimator has confirmed that an 18-year-old tower technician working on an AT&T installation project fell from a New Jersey monopole and died upon impact.

The New York resident’s death had not been reported in local, social or industry media and most likely would have been kept private by the worker’s company and the turfing vendor that contracted them.

According to documents obtained by Wireless Estimator and information from sources knowledgeable of the accident, on June 28, 2019, Lakeram Karanjeet was working for Rise & Rise Wireless Inc. (R&R) of Queens Village, N.Y. on an AT&T installation project that was being managed by turfing vendor Jacobs Engineering.

He was the sixth tower tech killed while working on a communications structure in 2019. 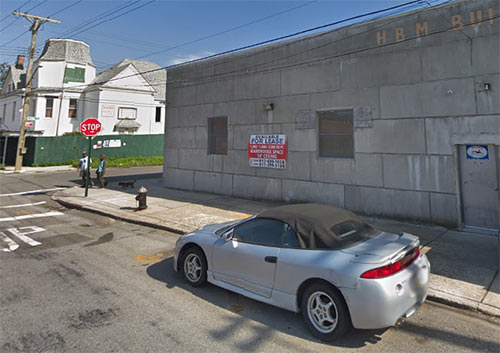 R&R appears to have been providing wireless installation projects for approximately one year. The company does not maintain a web site and their mailing address, according to the OSHA investigation, is at this location in Queens Village, N.Y.

The work required R&R to swap out 700/AWS, GSM and spare antennas at all sectors as well as installing two new squids on a 150-foot multi-tenant K.B.M. & Associates monopole located at 328 Stafford Forge Rd., in West Creek, just off of the Garden State Parkway.

Karanjeet accessed the tower from a man basket along with his crew lead at about the 140-foot level, and when he was transitioning to a T-boom sector he fell.

First reports indicated that he was either tied off to or was holding onto a pipe when it spun around before he fell.

The Marlton, N.J. OSHA area office was reportedly notified about the fatality by an employee of Jacobs and not by the contractor.

OSHA opened their investigation the same day and the agency has been in contact with R&R.

For weeks following the accident, concerned industry observers had been searching OSHA’s establishment search website. Although R&R’s company name was not known, the database will allow visitors to search by a tower location’s zip code.

Nothing appeared until on or about August 8, 2019 when an Inspection Detail became available. It is not known whether OSHA or the contractor supplies the NAICS code in the information, but R&R’s is identified as NAICS: 517919 , a code that is typically used to designate wired broadband services and satellite telecommunications, not companies performing aerial work.

During the week of the accident, R&R was reportedly scheduled to perform AT&T service projects on seven sites managed by Jacobs. They were canceled following the accident. The company appears to have been providing wireless installations projects for approximately one year.

A representative of R&R was contacted yesterday and he informed Wireless Estimator that they have been running approximately five crews and that the New Jersey crew was comprised of six tower techs.

Karanjeet had been working “on and off” for R&R for approximately a year, he said but was reluctant to provide further details while there was an ongoing investigation.

According to the tower owner’s managing member, Constance Mercuro, K.B.M. has requested an accident report from Jacobs but has not received one.

Jacobs has not responded to a request from Wireless Estimator for confirmation and additional information.

Sadly, Karanjeet had no obituary notice, other than a funeral home’s notification that he was born on November 9, 2000, and passed away on June 28, 2019. The Tower Family Foundation has been trying to locate his family to see if they can provide assistance in their time of need.

R&R informed Wireless Estimator they would provide contact information for the deceased’s family, but to date, they have not responded.

The industry has recently observed a few accidents where company management shut down their employees from providing any comments on social media or discussing the incident, stating that it could result in incorrect statements causing harm to the injured or deceased.

However, in some instances, companies simply do not want any information being published that could be conceived as being detrimental to the company’s reputation.

When there is a fatality, many towercos will immediately ban the contractor from working on their sites until OSHA performs a complete investigation and the results are assessed.

OSHA can issue citations and fines within six months of a violation’s occurrence.