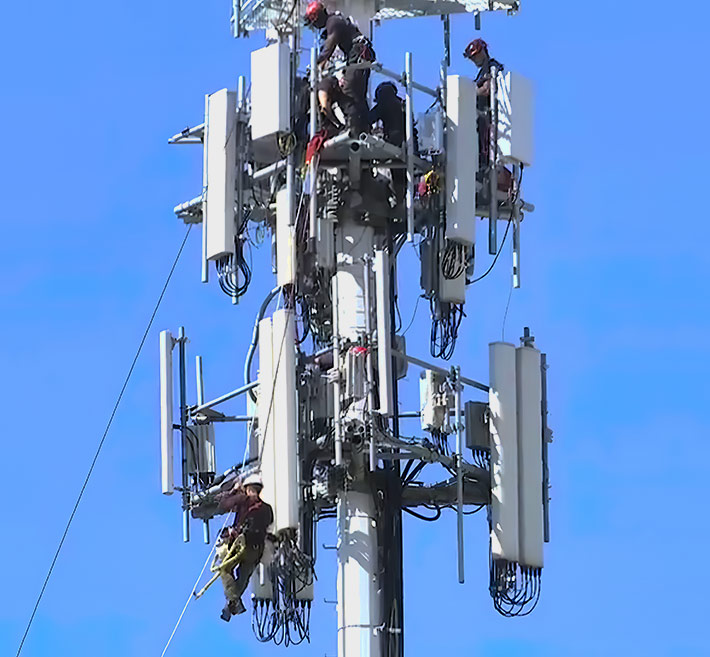 The tower technician, lower left, was brought to safety by emergency workers

The San Antonio Fire Department rescued a tower technician this morning who broke his arm and had to be rescued 130 feet up in the air. 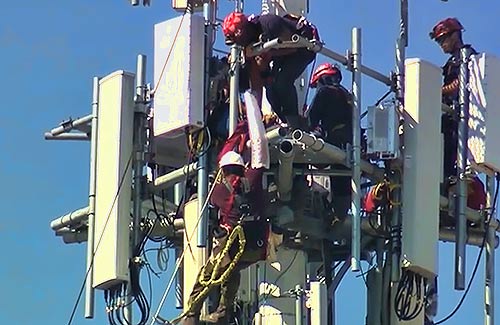 Emergency workers put a soft cast on the technician and then lowered him to the ground.

The department said two men were performing work on a cell phone tower along Bandera Road and Loop 1604 when a piece of equipment fell and broke the right forearm of one worker.

The injured tech’s coworker climbed down the monopole after emergency workers rigged out the tower to lower the tech.

The rescue, which began about 8:00 a.m., took close to three hours to complete.

The restricted compound area of the structure prevented emergency workers from using a rescue ladder truck.

A SAFD spokesperson said they did not have the worker’s employer’s name and could not release the name of the injured technician.