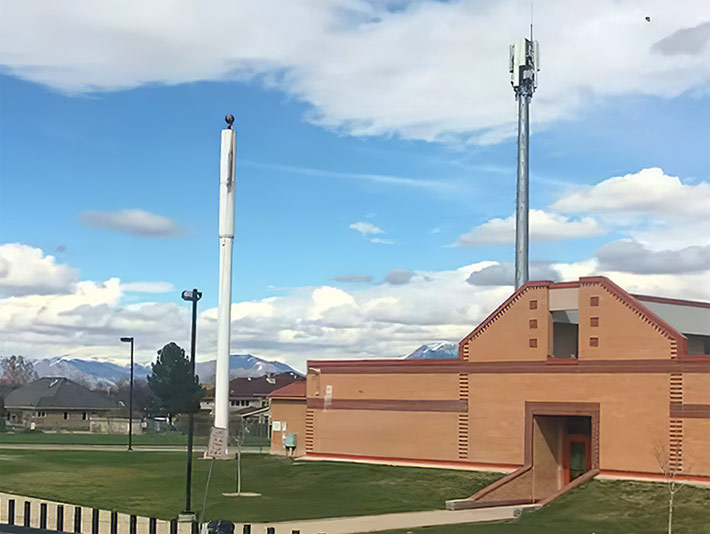 After Sprint caved in to pressure in California to move a cell tower from a school campus, momentum is increasing throughout the nation to remove towers at schools. In Utah, a resident’s concern about the two towers above encouraged a school board commissioner to question whether 35 towers should be removed in the school district.

Motivated by Sprint caving in to demands in California to remove a school cell tower, a South Jordan, Utah resident protesting the existence of two towers at the Jordan Ridge Elementary School has prompted a school board member to ask the community whether all 35 towers at school sites should be removed.

Armed with recent inaccurate testing at an elementary school in Ripon, Calif. and a cancer study from an Italian cancer research institute that has become a magnet for criticism by U.S. and European agencies for its shocking scientific claims, the homeowner said she’s concerned for the students.

After Rebecca Blatnick read about the cancer scare at Ripon Elementary school covered by national media and Wireless Estimator, she went to her local elementary school and happened to notice a flagpole on the school’s campus and made the startling discovery that it was a disguised cell tower that the district didn’t want residents to notice.

She then posted her ‘investigative’ YouTube video stating: “There are two towers at the elementary school that shouldn’t be. Children come to school here and they stay here five days a week, seven hours a day. It isn’t appropriate. It’s not safe. They shouldn’t have to come to a school to be radiated. Disgusting.”

“I’m here because I saw the story in Ripon, California about Weston Elementary School. Their school reported seven cases of cancer three years after a cell tower was put up,” Blatnick said in her video.

Blatnick also spoke about Ripon’s electromagnetic radiation specialist who said that he found considerably higher levels of radiation. Wireless Estimator identified in a March 20 article that his testing was flawed and even with his faulty data, the tower was well within federal guidelines.

However, to placate Ripon residents, Sprint turned off the tower and is looking for another location.

Blatnick said there are lots of studies “that connect cancer to cell towers”, citing a study last year by Italy-based Ramazzini Institute that said that their life-span carcinogenic study on Sprague-Dawley rats showed elevated, but not “statistically significant” levels of cancerous tumors of the brain and heart.

It’s a frequently publicized study, some sites stating incorrectly that it cost $25 million, that is used as gospel for those who will not accept the American Cancer Society’s findings. 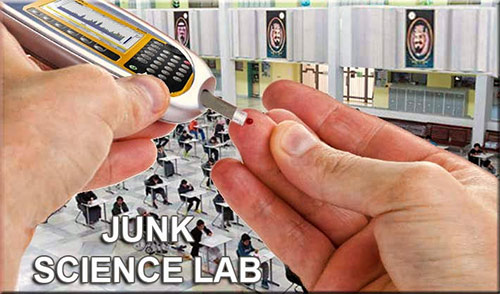 The Ramazzini study joins other questionable non-peer reviewed research studies such as Sultan Ayoub Meo’s research in 2016 that “has for the first time proved that the radiation from towers also causes diabetes mellitus.” An article in Wireless Estimator identified those findings as ‘junk science’.

However, the Ramazzini study has not been submitted to peer-reviewed scientific publications and has little credibility.

In a 2012, after the Ramazzini Institute provided titillating headlines by stating that their study showed that Splenda causes cancer, in an article in Forbes  the author castigated the institute’s findings, assessing the study to be “a move that bypasses good but boring scientific practice and goes straight for the klieg lights and the razzle dazzle of the media.”

Blatnick has started a Facebook group, No cell towers in our Utah Schools.

Robinson points out that the district was not trying to hide a cell site by concealing it in a flag pole, stating that there had been numerous meetings discussing the cell site design.

The Jordan School District has cell towers on 35 school sites. They generate between $6,000 and $18,000 per tower per year, according to Robinson.

The funds are used to purchase needed school supplies that are not included in the district’s budget, such as in 2016 when some of them were used to purchase Chromebooks for 6th grade students at Jordan Ridge Elementary School, according to School Community Council minutes.