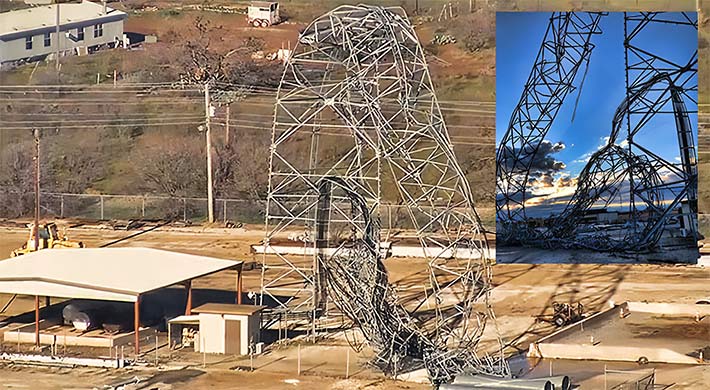 Owned by the Texas Department of Transportation (TxDOT), the structure is located at the Abilene District office at 45250 North Clack St. 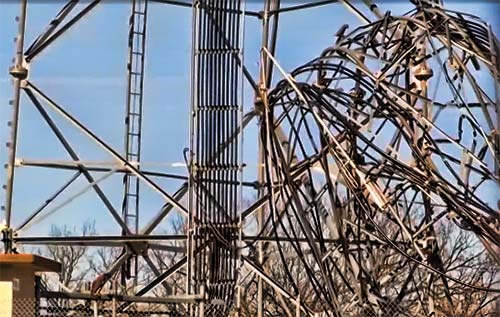 Crews discovered the downed tower this morning around 5 a.m, according to Cheryl Sawyers, spokeswoman for the TxDOT Abilene District.

“We suspected there was an issue with limited radio connectivity this morning around 2 a.m., so we are placing the damage time between 1:30 and 2:30 a.m.,” Sawyers said.

According to the National Weather Service, winds at 1:52 a.m. were 22 mph with a gust of 54 mph registered while a thunderstorm moved through. Gusts were in excess of 40 mph most of this afternoon. However, most reporting sites are at a level far below 300 feet and gusts could be considerably more at higher elevations.

The structure was built in 2012.  Design for Taylor County under EIA/TIA 222G was a minimum basic wind speed of 90 mph.