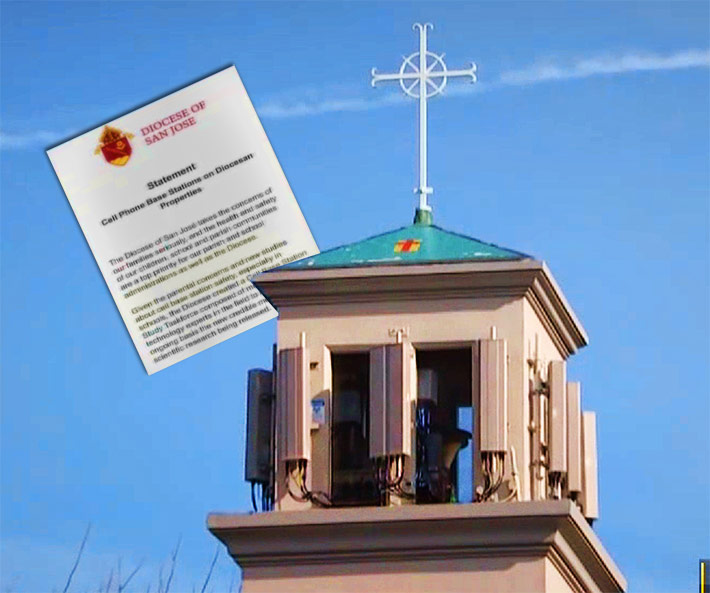 Most Christians’ beliefs are sacrosanct without evidence, but when it comes to technology over theology, some parents and parishioners of St. Christopher Catholic Church and school in San Jose, California want evidence that until proof is established that cell tower radiation isn’t harmful to their children, they want nothing to do with the base station in their church steeple that has been there for 20 years.

And as one parent said in an NBC interview, within one day she made the decision to pull her daughter from the school.

Although their RF apprehensions echo a number of other unfounded concerns from many parents throughout the country, the actions addressing this incident by the Catholic Diocese of San Jose will be carefully viewed by siting professionals.

In a statement, the Diocese said, “The Diocese of San Jose takes the concerns of our families seriously, and the health and safety of our children, school and parish communities are a top priority for our parish and school administrations as well as the Diocese.”

“Given the parental concerns and new studies about cell base stations safety, especially in schools, the Diocese created a Cell Base Station Study Task Force composed of medical and technology experts in the field to review on an ongoing basis the new credible medical and scientific research being released.”

Their first report is expected in the next week or so. However, if they rely upon guidance of less-than-qualified “electromagnetic radiation specialists”, and remove the base station – if their lease agreement will allow them to – it could be a clarion call by misinformed wireless woke worshippers throughout the country to also request that their church should remove an existing cell site.

The diocese informed NBC that it knows of no plans to upgrade to 5G technology. Up to 50 more families say they will pull their children from the school if that happens.