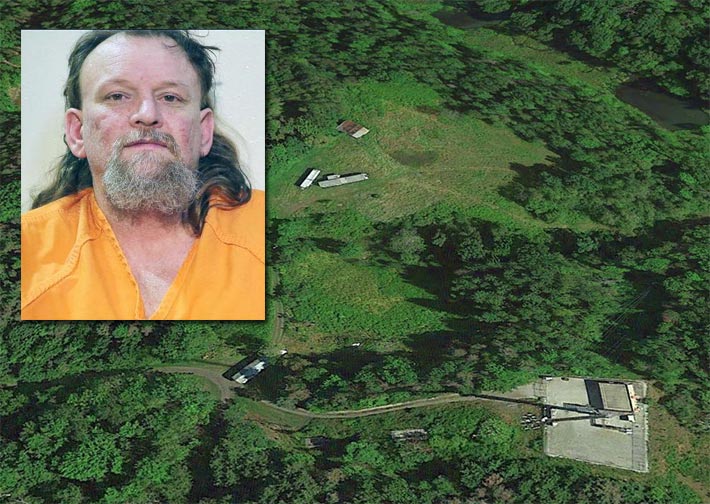 Dwayne Bruce was arrested after reportedly shooting seven times at tower techs in Pennsylvania. When police arrested him and asked if he had been drinking, he allegedly told them “he probably had more than enough alcohol, but not enough.”

A Pennsylvania man, reportedly intoxicated, was arrested by police after he returned to the scene of his alleged crime of firing gun shots at tower techs while they were working on a 400-foot guyed tower in Burgettstown, Pennsylvania.

According to a report from the Hanover Township Police Department, officers were dispatched to a tower owned by Crown Castle off of Laurel Road on Wednesday after tower techs informed authorities that a man had approached them at the tower site and was acting aggressively, informing them that they had 10 minutes to vacate the compound.

After police responded, Dwayne Bruce, 53, drove up to them and they said that he refused their commands to show his hands and he then left the cell site.

Police pursued Bruce and then held him at gunpoint until additional officers arrived and arrested him.

According to the complaint, there was an empty shell casing in Bruce’s pocket. Police said Bruce is a convicted felon and not permitted to own a firearm.

Officers found empty beer cans in his car, and police said they could smell alcohol on his breath. He allegedly told police that “he probably had more than enough alcohol, but not enough.”

Bruce, according to available records had been previously charged two times for driving under the influence of alcohol or a controlled substance.

Bruce was placed in the Washington County jail on $300,000 bond. A preliminary hearing is scheduled for January 23.

According to the Washington County Jail, Bruce is still detained and has been charged with Aggravated Assault, Possession of Firearm Prohibited, Recklessly Endangering Another Person, Simple Assault, Harassment, Disorderly Conduct, and resisting Arrest.

It’s likely a coincidence, but Crown Castle sites in the past few months have attracted unstable individuals.