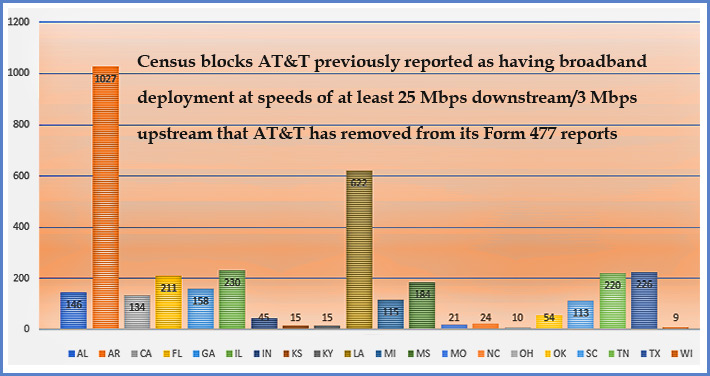 Admitting to the FCC that it offered no broadband in 3,579 census blocks that it had previously reported as having broadband deployment in those blocks at speeds of at least 25Mbps downstream/3 Mbps upstream, AT&T filed a report identifying the errors.

With Form 477 reports, ISPs are required to inform the FCC which blocks they offer service in.

The agency in turn uses that data to decide which blocks get allocated funding for internet service deployments.

AT&T’s false filings could prevent other ISPs from obtaining funding for those markets and leave residents without broadband access.

Arkansas was the state with the largest errors totaling 1,027. Wisconsin had the lowest at nine.
The U.S. has 11.2 million census blocks. In Arkansas, there are 186,211 blocks.

Ars Technica reported that an AT&T representative said that the error was due to a software problem. The only state that was not affected in the 21 states where AT&T provides wireless services was Nevada.