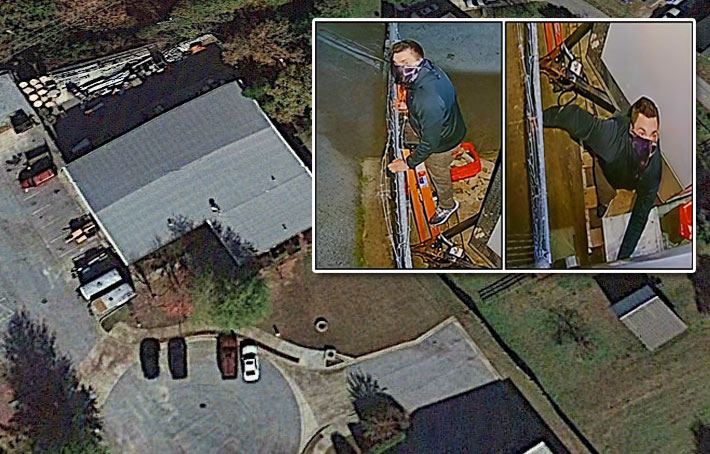 The thief who was either concerned about catching the coronavirus or was worried about being identified on a surveillance camera, wore a mask while breaking into Infinity’s compound.

According to a press release, the burglary suspect stole $28,000 in telecommunications equipment and another $1,000 in power tools.

Police responded to a burglary call at Infinity Construction located at the 4900 block of Austin Park Avenue in unincorporated Buford on April 3rd.

When units arrived, they reviewed surveillance video which showed a man cutting the fence and using a ladder to climb over barbed wire, the release stated.

Once inside the suspect allegedly stole $24,000 in equipment used for cellphone tower construction, $4,000 in wiring, and another $1,000 in construction equipment.

Police are asking anyone with information to contact Crime Stoppers at 404-577-TIPS (8477).