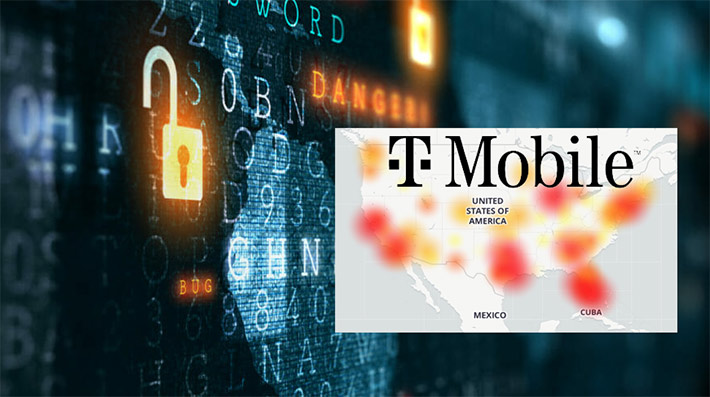 UPDATE: June 16, 2020 –  Neville Ray, T-Mobile’s president of technology tweeted at 1:03 a.m. that voice and text services are now restored. “Thank you for your patience as we fixed the issues. We sincerely apologize for any and all inconveniences,” Ray said.

However, media outlets and blogs this morning continue to fan the false conspiracy flames of cyber attacks and nationwide outages being reported by AT&T and Verizon.

The hacktivist group Anonymous tweeted yesterday that it was a result of a “major DDoS attack.”

DDoS, which is short for Distributed Denial of Service Attack, is an attempt to make an online service unavailable by overwhelming it with traffic from multiple sources.

The real reason T-Mobile had outage issues, according to T-Mobile CEO Mike Sievert who wrote in a blog post late Monday night was it was caused by an “IP traffic related issue that has created significant capacity issues in the network core” throughout the day.

June 15, 2020 -T-Mobile US users in multiple states are reporting problems making and receiving phone calls today, a widespread service disruption for the wireless carrier that for weeks has been championing their new expanded offerings provided by the acquisition of Sprint.

Neville Ray, T-Mobile’s president of technology, tweeted Monday evening that data services have returned and some calls are completing but engineers are still working to fix voice and messaging issues.

Ray suggested that T-Mobile customers should seek out alternate services such as WhatsApp, Signal, iMessage, Facetime etc., during the outage.

Down Detector also identified that there were service issues at AT&T and Verizon that led to unfounded rumors that the outages were caused by a cyber attacks as reported by Forbes.

Both carriers said that outage reports were largely due to their subscribers trying to call a T-Mobile user and had network problems.

It is unclear what caused the issue or when it will be resolved.

In a Tweet, FCC Chairman Ajit Pai said the T-Mobile network outage is unacceptable. “The FCC is launching an investigation. We’re demanding answers—and so are American consumers,” Pai said.

As of 6:02 P.M  E.T., T-Mobile appears to be resolving the issue, tweeting that “data services are now available” and that “some calls are completing,” but it doesn’t yet have a timeline for full service.

People on Twitter complained that calls were not going through. The Redmond, Washington Police Department tweeted that T-Mobile customers should have “an alternate plan in place in the event you need to call 911.”